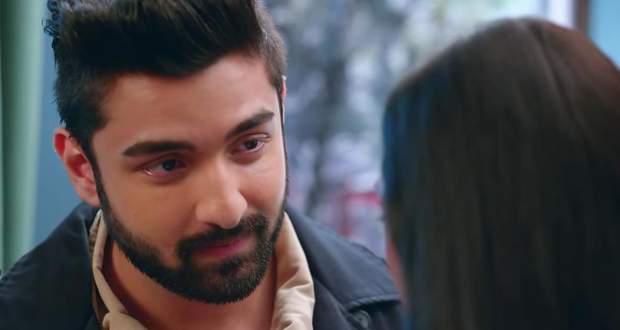 Today's Bhagyalaxmi 6 October 2021 episode starts with Virendra calling Lakshmi and telling her to return from there while Shanaya does drama in front of reporters and tells them to support her.

She scolds Virendra while saying that Lakshmi can't be like Malishka and save Rishi.

Just then, Lakshmi comes there and Rishi consoles her while thinking why he is affected by her tears.

They enter the house as Neelam starts scolding Lakshmi while Rishi takes her side and tells them to not blame her as she thought that Shanaya is good like her.

Karishma rebukes Lakshmi and says that she would have kicked her out of the house she was her daughter-in-law while Lakshmi tried to justify herself.

Krishna again starts scolding Lakshmi while Aayish stands up for Lakshmi and tells her to stop.

Elsewhere, Ranu taunts Shalu and Bani while Shalu takes Bani to the room and comforts her saying that Rishi and Aayish will not let anything wrong happen to Lakshmi.

Aayush tells the family that Lakshmi told him about meeting Shanaya and that he is the one who gave her Shanaya's. Address and also the legal papers.

He further says that Lakshmi is the only one who took a step to prove Rishi's innocence and supports her saying that they didn't do anything even after having a relationship with him before Lakshmi.

He further praises Lakshmi and her efforts and says that she is truly Rishi's better half while Karishma leaves from there getting angry.

Rishi goes to Lakshmi and thanks to her while Malishka gets angry.

© Copyright tellybest.com, 2020, 2021. All Rights Reserved. Unauthorized use and/or duplication of any material from tellybest.com without written permission is strictly prohibited.
Cached Saved on: Monday 6th of December 2021 07:19:09 AM