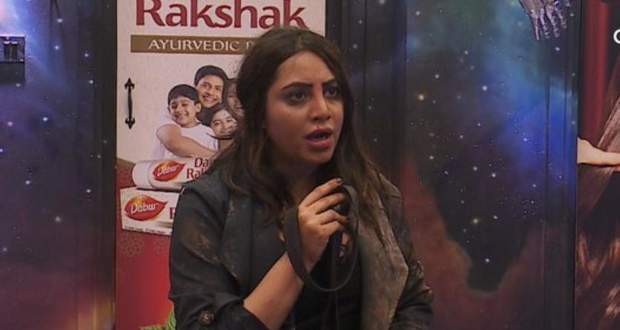 Arshi Khan's team, Manu Panjabi and Kashmira Shah are discussing whether they should lose the immunity task or not.

Rahul Mahajan asks Arshi to wash his clothes for the whole season but she wants a diamond ring in exchange.

Bigg Boss announces that Vikas Gupta was given three tasks to win two joker cards. However, he completed only two tasks and this gets one card only.

Vikas gets into a fight with Arshi and she plans to steal the joker card as revenge.

Bigg Boss announces that the immunity task 'Window shopping' will start when a buzzer goes off.

Vikas confronts Arshi saying that she is willingly losing the task to eliminate Abhinav Shukla.

Vikas locks the stall door and manipulates Kashmira into playing for them.

Eijaz breaks the lock and goes inside but Kashmira pushes him out.

Vikas's team wins the task and becomes the winner.

Arshi initiates a fight with Arshi and they get into an intense fight.