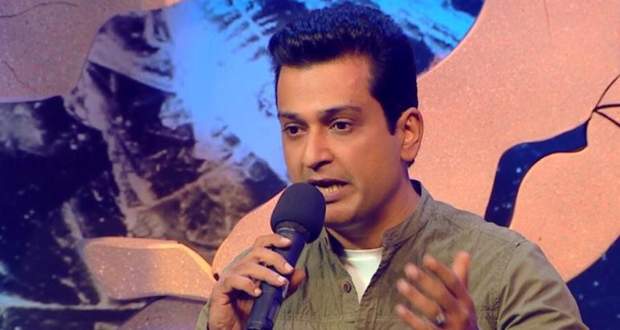 Housemates do a task where they have to chose which animal represents a certain constant.

Salman asks what was the situation about Kashmira playing for both teams in the 'Window Shopping' task.

Salman talks to Arshi Khan and she says that he is talking to her with Zillat.

Rubina Dilaik is accused of manipulating the whole game through having eye contact communication with Manu Punjabi who was the coordinator of the task.

Salman tells Arshi that he always talks to everyone with dignity and Arshi reveals that she was talking about a famous dialogue of her.

Salman asks Manu who might get evicted which initiates a fight between Arshi and Vikas Gupta.

Salman tells the contestants that this nomination task was very important for them.

Salman further makes Manu understand that he was known for his skill to relate to other people's relations but now he just looks like he's over analysing the situations.

Salman asks Aly Goni why he told Jasmin to never fight with Rubina and further asks him why he feels the need to advise to Jasmin.

Salman tells the audience that there were many public allegations made in this season and says that Vikas revealed something public to Abhinav Shukla.

He moreover welcomes Kavita Kaushik and Ronit Biswas to the set and tells them that they are here to tell their side of the store.

Kavita tells the housemates that she did not reveal her reason to walk out to the media because she is fed up with the incidents in the house.

Ronit reveals that the rumours are made of two completely different tweets and deepens his answer.

The couples go back and forth while Salman interrupts and asks Ronit what was he need to put Kavita and Abhinav's personal relation out in front of everyone.

Salman states that the ladies in the relationship are suffered and tells the couples to apologize to each other.

Salman bids goodbye to housemates and then Kavita-Ronit.

Inside the house, Jasmin tells Aly that others are talking about them being in love and proposing while he says that they will sort it outside of the house.