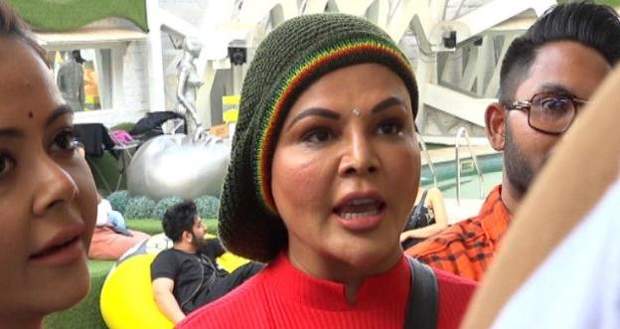 Today's Bigg Boss 14 12 February 2021 episode starts with Devoleena Bhattacharjee getting everyone that they didn't do anything even after she wanted every one of Paras Chaabra's intentions.

Bigg Boss Day 133 starts with everyone waking up to the song 'Aai Paapi'.

Rubina Dilaik reads from the Bigg Boss rulebook that an amount will be shown in the ATM and three cheques with Aly, Rahul and Rakhi's name and they will get to save themselves if they write the given amount in the cheques and put it in the shredder.

However, the amount written on the cheque will be deducted from the winner's amount.

The task starts and Aly reaches the ATM first while the amount of 14 lac comes which stuns everyone.

Rakhi says that she will spread it while Rahul and Aly say that they can't lose such a high amount from the hard-earned money of the winner.

Later, Bigg Boss announces that the winning amount will become zero if they try to halt the task or delay it.

Rakhi shreds her cheque and changes her whole demeanour which angers everyone while she taunts them.

Next amount comes and it is 15 lakhs while Aly writes it on his cheque and deposits it saying that he can't make himself a winner by taking other's money while others clap for him.

Devoleena and Vindu instigate Rakhi by saying that her action was not wrong.

Next amount comes and it is 16 lakhs and Rahul also writes it in his cheque and deposits it.

Later, Rubina reads from the Bigg Boss rulebook about the Smith and Jones task in which Rahul, Aly and Devoleena are teams A while Rubina, Rakhi and Nikki are team B who are cooks of food stalls and the team to get most points wins.

Team A wins the task and gets a gift hamper.

© Copyright tellybest.com, 2020, 2021. All Rights Reserved. Unauthorized use and/or duplication of any material from tellybest.com without written permission is strictly prohibited.
Cached Saved on: Sunday 9th of May 2021 09:11:48 PM