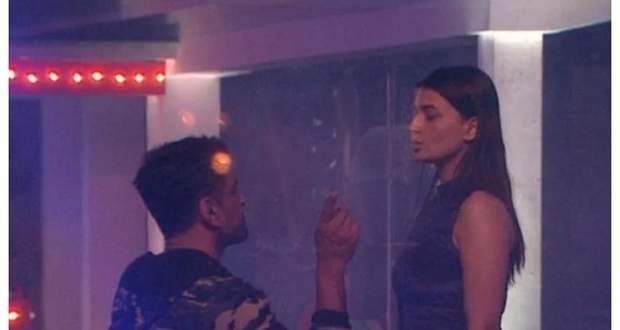 Today's Bigg Boss 14 12 November 2020 episode starts with the continuation of Dance to survive the task which will give the house their next Captain.

Aly Goni is persuading everyone still in the task to let him be the winner after which guest Neeti Mohan takes her to leave.

DJ Chetas is the next one to play the songs while Abhinav Shukla fills Aly's ears with bad talk about Pavitra Punia and further tells him to make him the captain.

Rahul Vaidya tries to convince Pavitra to give in but she doesn't budge.

Pavitra talks to Eijaz Khan about it and tells him that she'll have no mercy after which she has a heated argument with Rahul.

At around 3:30 in the night, Pavitra and Aly have a discussion about their plan for captaincy after which she confronts Rahul.

Nikki Tamboli and Rahul get outed from the task after a lot of fights and discussions.

Aly and Shardul Pandit are discussing while Bigg Boss welcomes the talented singer Shaan who sings an unreleased song 'Sniper'.

Shawn asks them for the last request while Jaan Kumar Sanu requests him to sing 'Jabse Tere Naina'.

Pavitra flirts with Eijaz but he tells her to focus on the task after which Shaan takes his leave.

Shardul sits down while Aly tells him not to do it after which Pavitra also sits down saying that she wants to keep her self-esteem and doesn't want to get outed because of a one-sided majority.

Bigg Boss announces that Pavitra and Shardul are out of the task due to breaking rules and tells them to remove one contestant from Jasmin, Aly, and Abhinav.

Abinav outs himself from the task after which Bigg Boss instructs Jasmin-Aly that because they're the only two left, the last one standing will win.

Jasmin does the Nagin dance and thus breaks the rules after which Bigg Boss announces Aly as the winner of the task and makes him the Captain.

Eijaz and Pavitra are flirting in the garden area while Aly and Jasmin are sitting in the captain's room due to which Rahul teases them.

Nikki is due to which the chicken alarm goes off after which Aly tries wakes her up and tells her to not break rules and tells Bigg Boss that he will throw water at her if she doesn't wake up.

Aly drags her out of the bed and she goes back to bed while Abhinav, Jasmin, and Kavita Kaushik talk about her in the outside area.

Aly splashes water at her face but she doesn't get up after which he tells Bigg Boss that she can't do any more than that as she's a girl.

The chicken alarm again goes off after which Aly wakes Nikki up.

Upcoming Bigg Boss 14 episode update: Nikki and Jaan to get into a fight.

© Copyright tellybest.com, 2020, 2021. All Rights Reserved. Unauthorized use and/or duplication of any material from tellybest.com without written permission is strictly prohibited.
Cached Saved on: Friday 6th of August 2021 03:06:22 AM