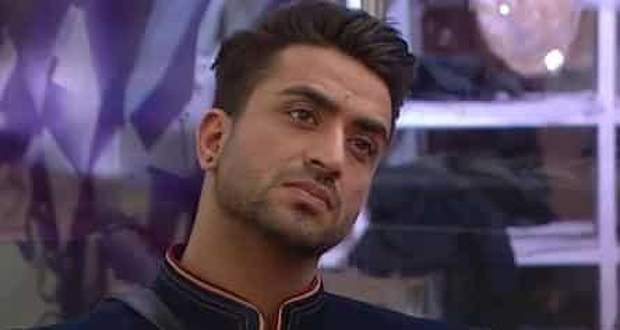 Today's Bigg Boss 14 13 February 2021 episode starts with Salman Khan greeting the audience and saying the grand finale is next week.

Inside the task is going on in which the housemates are supposed to give the supporters labels which erupt a fight between them due to not being able to agree with each other.

Salman greets the housemates and tells them to clap for themselves.

He teases Rakhi Sawant by saying that Abhinav Shukla misses her.

He further asks Paras why he has two labels while Jasmin Bhasin doesn't have any.

Salman congratulates Rakhi and Nikki Tamboli for going into the grand finale and talks about the topic of Rakhi deducting 14 lakhs from the prize money and saving herself for another week.

He asks everyone their opinion if Rakhi deducting 14 lakhs was wrong or right.

Aly and Rahul Vaidya say that they think it's wrong while Salman tells them to bring the rulebook from the storeroom and read it.

He makes Rahul sing from the notice to not become a statue of Greatness and think about themselves.

Salman berates him for shouting at Rakhi while she starts crying.

He berates Aly that his behaviour was not acceptable for the way he talks to Jasmin when she was just trying to help him and give him a piece of advice.

Salman tells them to do a task in which the housemates have to rank each other from one to six keeping the finale week in mind and gives them ten minutes to discuss with their supporters.

Bigg Boss tells the contestants to go to the garden area while the supporters stay in the living area.

The contestants try to conclude while the supporters watch them from inside and comment.