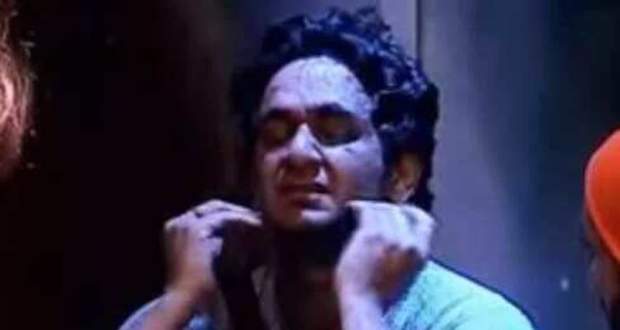 Today's Bigg Boss 14 14 January 2021 episode starts with (Bigg Boss Day 102) Aly Goni suggesting to his team that they should try to get Arshi on their team and make her break a rule to win the round.

Bigg Boss announces that the task is still going on and informs them that the next round will be the last of the task.

Rahul Vaidya and Rubina Dilaik make comments at each other while Rakhi Sawant asks Abhinav Shukla for a kiss on the hand to get her to come on the other side.

Bigg Boss berates the housemates for breaking rules and says that the task is invalid and no one is nominated for captaincy.

Later, Vikas Gupta is having a headache while having difficulty in breathing when Bigg Boss tells him to come to the medical room.

Bigg Boss announces that Vikas needs to be under observation for a few days and tells them to pack his things in the morning.

Arshi and Rakhi start crying while others try to console them.

Bigg Boss Day 103 starts with everyone waking up to the song 'Gallan Kardi'.

Abhinav fights with Rahul die to a misunderstanding after which Rubina tries to tell Abhinav to not poke someone first.

Rubina reads from the Bigg Boss rulebook about task in which the housemates will have to go outside and spray their stand with black colour and out themselves from the nominations of captaincy.

However, the person will get a privilege of putting another contestant directly in the nomination of captaincy.

Rubina reads from the Bigg Boss rulebook that the nominees get a privilege to use the Tresemme salon and make one other contestant their hairstylist.

Bigg Boss Day 104 starts with Rakhi getting excited cause Abhinav looked at her from the kitchen.

Rubina suggests everyone eat accordingly as there is no poultry in the ration which erupts a fight between the housemates.

© Copyright tellybest.com, 2020, 2021. All Rights Reserved. Unauthorized use and/or duplication of any material from tellybest.com without written permission is strictly prohibited.
Cached Saved on: Friday 30th of July 2021 01:06:43 PM