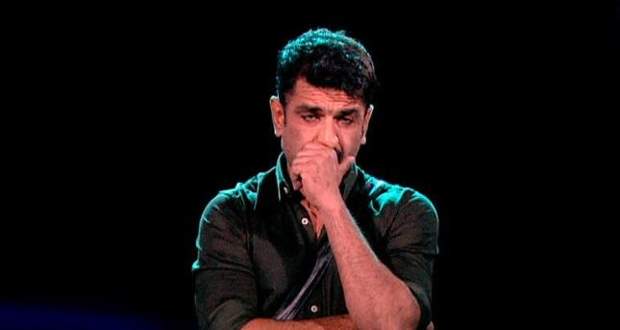 Today's Bigg Boss 14 18 January 2021 episode starts with (Bigg Boss Day 107) Arshi Khan stealing from Rakhi Sawant's bed a packet of cookies in front Aly Goni who tells her that it is not right.

Rakhi talks to Sonali Phogat about her husband and marriage and shares an emotional moment with her.

Bigg Boss Day 108 starts with everyone waking up to the song 'Naagin'.

Bigg Biss tells everyone to immediately go to the garden area without taking any food items with them.

Some people wearing PPE kits come and take away all the food from the Bigg Boss house including the housemate's food item.

Bigg Boss tells them that they will get the dinner proportion based on a task in which one contestant will have to choose one other contestant whom they think is responsible for the situation they are in.

Rubina Dilaik is the first one and she drops Eijaz Khan's doll.

Afterwards, Eijaz is in the theatre room while Bigg Boss announces that the show was supposed to end on 16th January 2021 but got extended.

Due to some prior commitments, Eijaz will have to leave the house of Bigg Boss and Devoleena Bhattacharjee will be staying in the house as his proxy.

Eijaz and Devoleena together drop Nikki's doll onto the water after which he leaves.

Later, Arshi is called into the confession room and she throws Rakhi's doll into the water.

Aly drops Abhinav Shukla's doll while Abhinav jokingly tells him that he should have dropped his own doll.

Vikas Gupta enters the theatre room and Bigg Boss tells them to choose between the two whom he thinks breaks the most rules.

Vikas gives his doll to Aly after which Bigg Boss announces that they could have gotten 12 items but after deduction of 4 items based in today's performance they can have 8 food items.