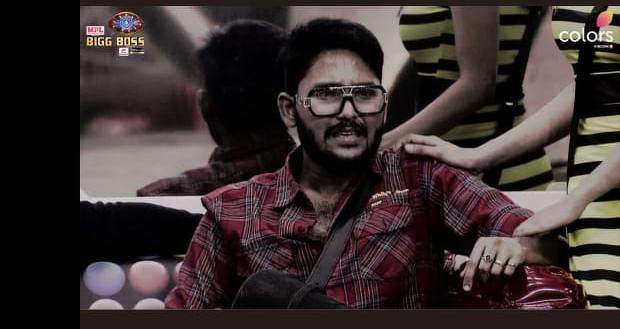 Today's Bigg Boss 14 19 November 2020 episode starts with everyone waking up to the song 'Can we twist?'.

Nikki Tamboli and Jaan Kumar Sanu fight because she put tissues in the dust bin when he was putting a polythene bag over it.

Pavitra Punia and Rahul Vaidya are conversing about Nikki.

Eijaz Khan tells Aly Goni about Jaan's doings and how many times he saved him.

However, there is a twist as only the previous captains have the opportunity.

Afterwards, Jasmin Bhasin reads about the captaincy from the Bigg Boss rulebook and also reads that Eijaz has to declare a substitute for him as he can't participate due to doctors orders.

Eijaz first takes to Abhinav and then Pavitra but lastly declares Pavitra as his substitute for the game.

Bigg Boss announces Rahul as the coordinator for the task.

The buzzer sounds after which Rahul warns Nikki to not life up the box as it is not allowed and they argue.

Nikki tries to stop Jaan from putting things into Kavita Kaushik's box by talking to him but fails.

Rahul and Aly put things into Eijaz's box inside which is Pavitra while Eijaz tries to stop him.

Eijaz and Rahul get into an argument during which Rahul tells him to not touch him.

Rahul tells Bigg Boss to call him into the confession room after which he says that Eijaz pushed him.

Eijaz lifts his box from Pavitra saying that Rahul is being biased as he wants Jasmin to win and that he doesn't want Pavitra to suffer.

Many contestants fight with Jaan to stop torturing Kavita and leave it to endurance while Pavitra confronts him.

Jaan says that his first preference was Eijaz after which Rahul fights with him saying he should have told him about it.

Jaan gets emotional and tells Aly that he stands for everyone but no one stands up for him after which Nikki fights with him.

Eijaz confronts Jaan after which they have a heated argument.

Rubina Dilaik is recalling events from her point of view while Pavitra fights with Jasim against what is said about her.

Abhinav takes Rubina aside and confronts her as to why she revealed everything to Jasmin.

Aly tells Jaan to clear it out if Pavitra told about saving Jaan to Eijaz.

Jaan confronts Eijaz in front of Pavitra to which Eijaz replies that she never told him about saving Jaan.

Afterwards, Pavitra and Eijaz fight on this matter.

Eijaz and Rahul fight while the former says that the latter is biased.

© Copyright tellybest.com, 2018, 2019, 2020. All Rights Reserved. Unauthorized use and/or duplication of this material without written permission from tellybest.com is strictly prohibited.
Cached Saved on: Thursday 3rd of December 2020 08:08:53 PM