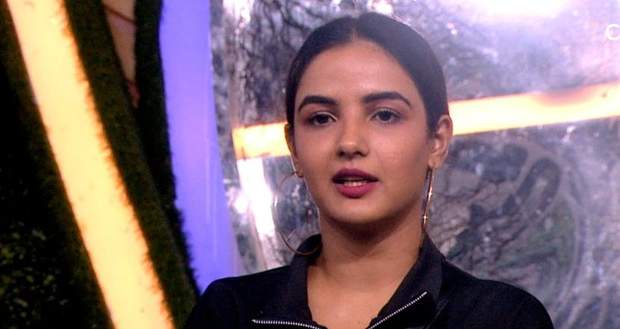 Today's Bigg Boss 14 1 December 2020 episode starts with everyone waking up to the song 'Allah Duhai Hai'.

Kavita Kaushik reveals her concerns for her mother to Eijaz Khan.

Eijaz reveals that he poked Jaan Kumar Sanu when confronted by Nikki Tamboli.

Bigg Boss announces that today, the finale week's first Bigg Boss 14 eviction is going to take place and to create pairs of housemates.

Rubina reads from the Bigg Boss 14 rulebook that the pairs will act as a battery for the speaker stand in the garden area for 37 minutes.

They will have to answer every question asked by contestants and the pair to be farthest from 37 minutes will be eliminated from Bigg Boss 14.

The first pair to go on the speaker is Kavita-Nikki.

Then, Jasmin and Aly go to the speaker.

Many contestants suspect that they sat too much time longer than 37 minutes.

Abhinav-Rubina pair goes next and lastly, Rahul-Eijaz go on the speaker.

Nikki questions Rahul as to why he sent her text messages and voice messages in the past.

He reveals that he used to do it for a friend.

At the end of the task, Bigg Boss reveals everyone's time span and says that Jasmin-Aly's pair are nominated for Bigg Boss 14 elimination.

Bigg Boss tells Jasmin and Aly to discuss together and decide who is going to be let go from Bigg Boss.