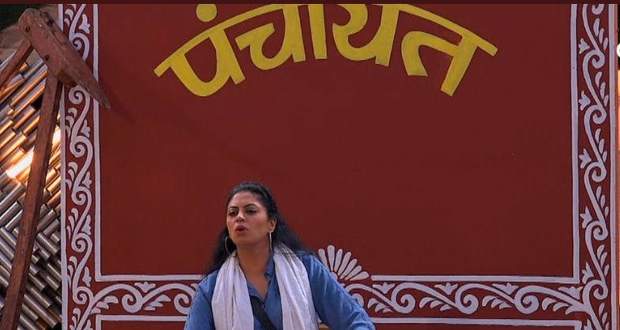 Today's Bigg Boss 14 25 November 2020 episode starts with everyone waking up to the song 'Saraswati yeh terse'.

Rubin Dilaik tells Kavita Kaushik that she won't do the kitchen duty as she is not pleased with her captaincy.

Aly Goni jumps into their conversation and argues with her.

Kavita and Rubina make comments at each other and try to anger the opposite person.

Rahul Vaidya asks Kavita who will prepare food to which she replies that everyone will prepare their own food while Rahul retorts with what about those who can't cook.

Kavita asks Abhinav Shukla if he will cook for Rahul to which he declines to do it and initiates an argument with her.

Kavita tells Rubina to not enter the kitchen if she is not cooking. Rubina doesn't obey her orders.

Afterward, Abh8nav creates trouble for her by not wearing his mic.

Kavita reads about the captaincy nominations task where Kavita will be mukhiya and others will be divided into two groups.

The first group will be of Rubina, Eijaz Khan, Abhinav, and Pavitra Punia while the other team will consist of Jasmin Bhasin, Nikki Tamboli, Aly Goni, and Rahul.

The task will be to win parts of the house by stating their points and reasoning why the other team gets that area.

Aly and Jasmin Bhasin talk while the former tells her to not meddle in his fights.

Meanwhile, Abhinav tries to talk to Rubina but she doesn't due to which he says that it is impossible to talk to her.

The task starts and the first location up for discussion is the Kitchen area and dining area.

Jasmin brings up the very morning incident and says that Rubina can keep anyone hungry for being angry with one person.

Rubina says that it was due to her being down with flu.

Aly reveals that the idea to not do their duties was planned the last night already.

The buzzer sounds and Kavita gives the decision that Jasmin's team get the kitchen and dining area while Rubina accuses her of bribery.

Rahul and Aly to the kitchen area and ask for water while Nikki tells them to get out.

Pavitra tries to stop Eijaz from fighting will he firmly says that he will stay in their area only.

Nikki gets into an argument with Pavitra due to her siding with Eijaz.

Bigg Boss announced that the next discussion will be for the bedroom area.

Rahul days that Rubina uses situations to her favour but she does not pay any heed to him.

The discussion starts and they put forward their points after which Kavita tells them to give their points on cleaning the area.

Both the teams defend the accusations thrown at them and in the end Rubina's team gets the bedroom area with Kavita saying that she's doing this to show that she is not biased.

Abinav asks for an onion but Nikki refuses to give him that.

Upcoming Bigg Boss 14 episode update: Nikki to bring a twist in the task.

© Copyright tellybest.com, 2020, 2021. All Rights Reserved. Unauthorized use and/or duplication of any material from tellybest.com without written permission is strictly prohibited.
Cached Saved on: Thursday 28th of January 2021 08:34:26 PM