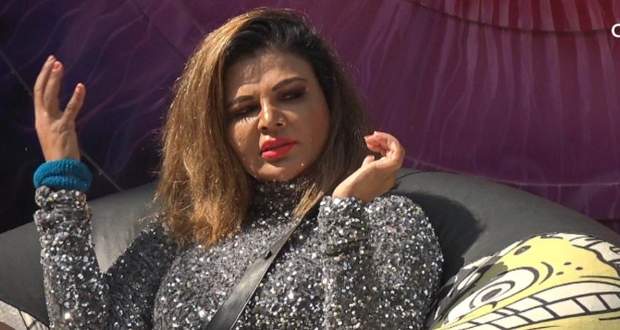 Today's Bigg Boss 14 29 January 2021 episode starts with the housemates doing their time loop but Rahul Vaidya and Rakhi Sawant stay seated and say that they'll not abide by the task anymore.

The round ends and Abhinav Shukla says that Arshi Khan is out of the task.

Bigg Boss announces that the task is over and says that Aly Goni, Rubina Dilaik and Nikki Tamboli are winners and says that they can use the restricted area along with getting three items from BBMall.

Arshi and Rakhi very saying that Abhinav is partial while housemates try to conform her.

Aly heard that Arshi talked against him to Abhinav and he fight with her and tells her to not talk to him anymore while Rahul supports his decision.

Bigg Boss Day 118 starts with Rakhi asking Abhinav why he wronged her the previous night.

Rubina finds out that Rakhi pulled the string of Abhinav's trouser the previous day and tells her to not cross the limits and argues with her.

Rakhi brings up the topic of Abhinav and Rubina fighting and tells her to not stand for him right now which makes her emotional and she cries while Abhinav and Nikki try to comfort her.

She further comments on Nikki trying to woo Abhinav while Arshi laughs at her comments.

Rubina reads from the Bigg Boss rulebook about the Garnier Men Challange in which the gents will have to compete in an obstacle in pairs.

Rahul and Aly win the task and get a gift hamper from Garnier Men.

Later, Abhinav vices his concern regarding Rakhi to Nikki and Rubina saying that she has gone mad and is fearful that she might stalk him outside the show.

© Copyright tellybest.com, 2020, 2021. All Rights Reserved. Unauthorized use and/or duplication of any material from tellybest.com without written permission is strictly prohibited.
Cached Saved on: Tuesday 21st of September 2021 05:24:58 AM