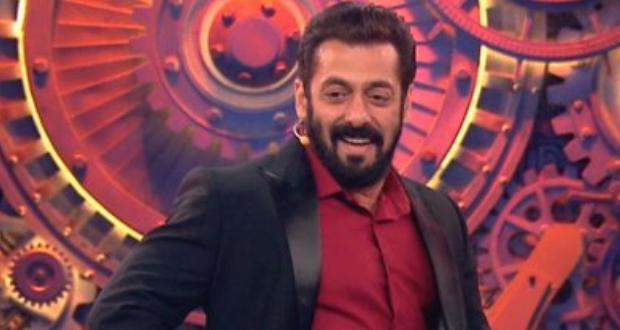 Today's Bigg Boss 14 2 January 2021 episode starts with Bigg Boss greeting the audience and saying that the housemates are still affected by the year 2020.

Salman greets the housemates and asks them if they are ready for bashing.

He asks Jasmin Bhasin about her incident with Rakhi Sawant and asks Eijaz Khan what he saw.

He further confronts him as to why he didn't speak up about what he saw.

He further bashes Jasmin for accusing Rakhi of faking her injury.

Salman tells Rakhi that she was the one who ran this house the past week and says that she is safe from this week's eliminations by most number of votes.

Salman bashes all the housemates for thinking of Rakhi as different and uncool. He says that Rakhi should be respected like every other housemate and that they are all uncool for making fun of Rakhi.

In the clip, Rubina is seen commenting on Arshi and showing her pinky finger to her.

Jasmin asks Arshi what is the reason for her being angry while she responds that she disrespected her by calling her a Namurad the last night when Rubina comes there and again shows her pinky finger.

Salman again goes to the housemates and berates Rubina for threatening housemates to not make food as a result of the fight.

Salman asks Rubina what is the meaning of the pinky finger and suggests that it is a substitute for the middle finger but she refuses and says that it was just to irritate Arshi.

He says that he needs break and leaves while inside the house chaos erupts between the housemates.

Aly Goni and Vikas Gupta get into a physical fight while housemates try to separate them.

Aly again provokes Vikas by asking him if he would stop his career.

Salman tells the audience that he cannot go to the housemates level and that he will try to handle them tomorrow and leaves.

Upcoming Bigg Boss 14 episode update: Vikas Gupta leaves in the middle of a conversation with Salman.