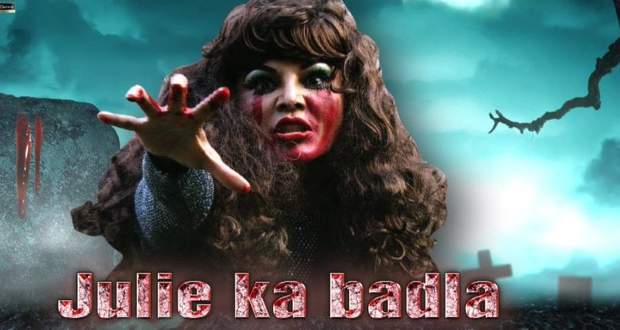 Today's Bigg Boss 14 30 December 2020 episode starts with Jasmin Bhavin telling Rakhi Sawant that she hopes her injury heals and that she is hurt because of her actions.

Rahul Vaidya asks everyone what they feel about Vikas Gupta's captaincy task.

Late night, Arshi Khan pesters Vikas Gupta why he is crying and later they talk about his mother in the garden area.

Eijaz Khan comes there and tries to lift his spirits.

Bigg Boss Day 14 starts with everyone waking up to the song 'Bhoot Aaya'.

Jasmin and others talk about how Vikas has changed inside the house of Bigg Boss.

Bigg Boss tells Rakhi in the confession room that there is no major injury in her nose while she tells him that she sees ghosts inside the house.

Vikas reads from the Bigg Boss Rulebook that long time ago a girl named Julie lived her who married a greedy landlord and that she was killed by her husband in greed on her money.

Now in the Captaincy task, Rakhi will be Julie, Rahul Mahajan will be the ex-husband and Jasmin will be the second wife.

The couple will kick out one contestant into the garden area after every buzzer while the housemates will have to convince them to not kick him out by giving them gold coins.

The outed contestants will get a chance get back in if they give Julie her desired amount of gold coins.

At the end, who will have the most gold coins will become nominated to become captain.

Rakhi sends Rubina back inside to steal coins.

Jasmin again sends back Rubina who teams up with Rakhi.

Vikas is outed next and he also teams up with Rakhi.

Rakhi tears Rahul M.'s lungi which is not expected by gents of the house and they speak up against it.