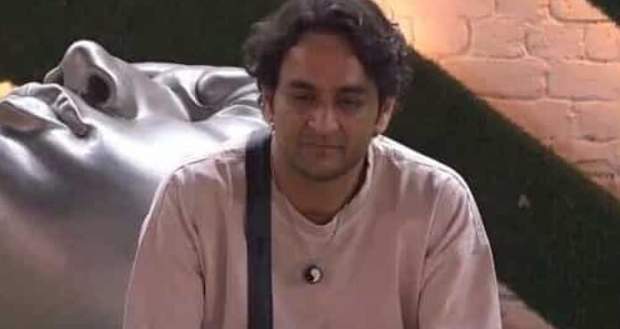 Inside the house, Nikki Tamboli cries while telling Rubina Dilaik to stay away from her because she doesn't want her to look back in the show while Rubina tries to console her.

Salman greets the housemates and gives them a task in which they have to make a Chaat based on the said housemate's personality and gives them the double meaning of the ingredients.

Later, Salman says that Aly Goni and Devoleena Bhattacharjee will be hosting a show named Aly and Devoleena show to entertain the audience.

They ask questions and do rapid fire rounds with the housemates.

Salman further says that the housemates are so loved that fans also imitate them and shows a video of Ronit Ashra imitating Arshi Khan.

Afterwards, Ronit comes on a video call and Salman praises him for his creativity.

Mouni Roy makes her entry on the set of Bigg Boss 14 with a performance on the song 'Gali Gali'.

Further, she gives the housemates a task in which they will have to ride a fake buffalo and if the answer to the question she asks is wrong, then the Buffalo will spin.

Mouni takes her leave while Salman asks Vikas Gupta why he revealed his family matters in public.

Salman further revealed thto at they had contacted his family who told him that they don't want to discuss family matters in public.

Later, Salman says that Rubina and Nikki Tamboli are safe from eliminations which leave Devoleena and Vikas after which he reveals that Vikas has the lowest votes.

However, Salman announces that Vikas can save himself from elimination using his MasterCard eliminating Devoleena who is Eijaz's proxy and gives him two minutes to think.

Vikas decides to leave and bids goodbye to the housemates while they get emotional.

Salman says that he's proud of him and tells him to exit.

Salman bids goodbye to the housemates and leaves.