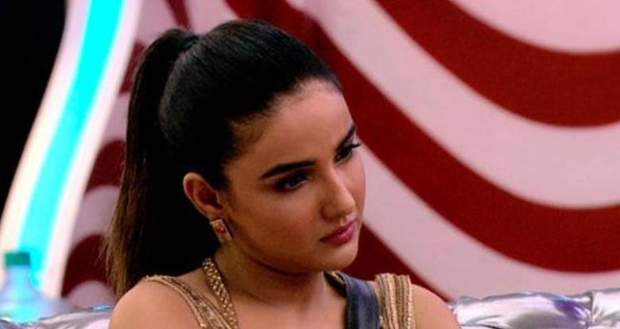 A clip shows Vikas Gupta stating that he will make his own food from now on as he needs more food which sparks an argument in the house while Rubina says that he is doing it to gain sympathy.

Salman asks Rubina why she thinks that Vikas is gaining sympathy through the topic of food.

Further, Vikas says that the topic is about the inequality of food and not about him wanting more food.

In the clip, Jasmin Bhasin, Nikki Tamboli and Rubina are ordering Rakhi to do the dishes properly.

Jasmin makes fun of Rakhi's nose by saying that it might fall off.

Salman goes back to the housemates and berates Jasmin, Nikki and Rubina.

Jasmin says that she was provoked which angers Salman and he rebukes her bringing down other people and reaching another level.

Salman further asks Aly why he came onto Vikas to which he reveals that he has halted his many works in the past many times.

He further says that Vikas has blackmailed him and his friends many times of halting their work.

Vikas gets up and leaves requesting Salman that he needs two minutes.

MPL caller of the week, Vidhi asks Eijaz Khan why he is distant from Nikki saying that she is disrespectful to him.

They make the housemates do a task where they will give name a quality for a person and the chosen housemate will write the name of the housemate they think has that said quality.

The guests take their leave after which Sunny Leone enters the set.

A clip shows Sunny going inside the house and introducing herself as a doctor and does a checkup on housemates life.

Sunny takes her leave after which Salman reveals that Rubina and Rakhi have won the Moj App Challenge.

© Copyright tellybest.com, 2020, 2021. All Rights Reserved. Unauthorized use and/or duplication of any material from tellybest.com without written permission is strictly prohibited.
Cached Saved on: Saturday 16th of January 2021 03:02:58 AM