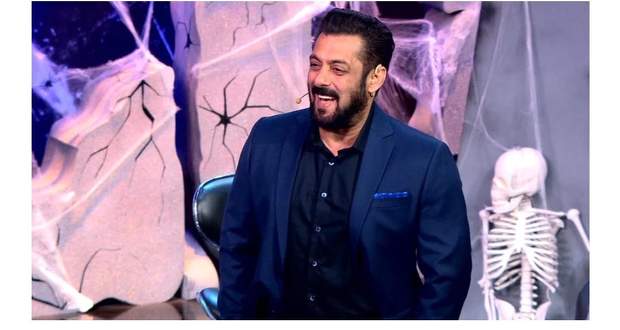 Today's Bigg Boss 14 5 December 2020 episode starts with Vikas Gupta and the challenger's introducing themselves as ghosts of Bigg Boss.

Salman Khan makes an entry with the song 'Gumnam Hai Koi' and greets the audience.

Salman tells the housemates that two of the nominated contestants will be evicted through the votes given by the public.

Salman also reveals to them that this season of Bigg Boss will go on which relieves the contestants.

He scolds Rahul Vaidya for not putting up a fight during the 'Shark Attack' immunity task.

Salman tells them that Abhinav Shukla won the 'Shark Attack' task because they took him lightly.

Salman tells the audience that memories are very tricky as they can be happy and sad.

Bigg Boss 14 housemates are shown a clip of their journey and they put the picture of memory they want to forget.

MPL caller of the week asks Abhinav if his decision of decorating with Rubina Dilaik will change or not after going through their journey on Bigg Boss 14.

Salman reveals that Nikki Tamboli is eliminated in Bigg Boss 14 today's eliminations which shocks everyone.

Salman tells the audience that Bhuto Ka Mastermind will enter the house and welcomes Vikas Gupta on the set.

Salman gives him 5 challenges and tells him to complete any three of these tasks to get two joker cards which can make or break a contestants' game.

Rakhi Sawant enters the set by a dance performance to the song 'Hungama Ho Gaya'.

Rakhi prank calls Rahul Disha Parmar but he finds out that it is Rakhi Sawant.

Salman tells them it's time for the second Bigg Boss elimination of the day and asks everyone's opinion.

Salman says that he will reveal the name tomorrow and informs them that the population of the House is going to increase as former Bigg Boss contestants will make an entry in the Bigg Boss house.