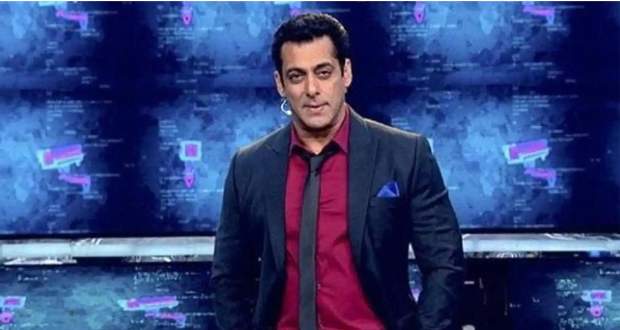 Today's Bigg Boss 14 8th November 2020 episode starts with Salman Khan greeting the audience and says that there was no response from housemates towards the return of Kavita Kaushik.

Salman gives them a task to choose a housemate who they think is wearing a mask and put a stick with their picture in their headband while stating their reason.

Eijaz Khan, Jaan Kumar Sanu, and Pavitra Punia get the most chosen by many contestants.

Salman says that some contestants are against something one week and are doing those things the next week after which he says that Pavitra was the one against Kavita for Eijaz in the third week and was then seen fighting with Eijaz herself.

Salman asks Pavitra how she feels about Kavita and her return. Further, he confronts her saying that she did the same things she was against Kavita for.

Eijaz tells him his side of the story after which Pavitra apologise meanwhile Salman taunts her for using violence.

Salman also rebukes others for not telling Pavitra that she was wrong by saying that it's shameful and further questions Abhinav Shukla regarding his silence during the incident.

Salman tells Rubina Dilaik to give her opinion on Pavitra-Eijaz situations and he says that he totally agrees with her.

Then, Salman rebukes Nikki Tamboli for putting the mask in her pants during the nomination task and questions what would have happened if there was someone else instead of Rahul Vaidya who would have taken action to take that mask.

Further, he tells her that only she is responsible for how good or bad she looks and afterward tells Rahul that he is safe from eliminations due to the massive number of votes for his commendable act.

Salman gives the inmates a task of who would they choose from Pavitra and Abhinav to trust if they were the last person on earth and remove their facetag from the necklace of the person they don't trust.

At the end of the task, Pavitra only has two face tags left which are of Shardul Pandit and Jaan.

Salman tells him that he has transformed from a sweet little boy to a rude and arrogant person.

Afterward, he comes to the topic of elimination and reveals that Naina Singh is eliminated and tells her to exit the Bigg Boss house and bids the housemate's goodbye.

Inside the house, Eijaz and Jasmin Bhasin argue and he says that he doesn't feel that her sorry is heartfelt while Shardul and Pavitra are seen conversing with each other.

© Copyright tellybest.com, 2020, 2021. All Rights Reserved. Unauthorized use and/or duplication of any material from tellybest.com without written permission is strictly prohibited.
Cached Saved on: Sunday 9th of May 2021 09:50:36 PM