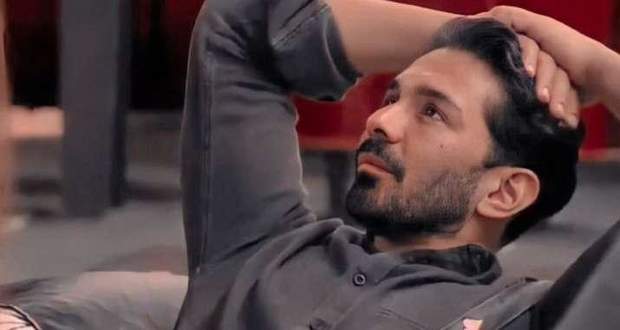 Rubina Dilaik confronts Jasmin Bhasin about her indifferent behaviour while Jasmin responds that she does not hold grudges over her.

Aly Goni reveals to her that he feels frustrated by everyone in the house.

Bigg Boss announces and tells the supporters to go to the living room while the contestants to stand in a line in the garden area.

Bigg Boss announces that one contest will be evicted today which shocks everyone and tells the supporters to nominate contestants based on the contributions they made for the show.

Abhinav Shukla sings Shayri while Rubina gets irritated by it.

Bigg Boss announces that Rakhi Sawant, Aly Goni and Rubina Dilaik are not going as no one voted for them and tells the rest four to give their last words.

Bigg Biss announces that Abhinav is the most voted which shocks everyone and Rubina starts crying while Abhinav says his goodbye.

Rubina says that she will walk out with Abhinav while Aly tries to stop her.

Aly says his goodbyes and tries to cheer up Rubina as he leaves.

Vindu Dara Singh says that now all the remaining housemates have become individuals in terms of the fanbase.

Rubina reds from the Bigg Boss rulebook about the task sponsored by Dabur Amla Aloe Vera Hair oil in which the housemates will have to represent some of the memorable Hollywood duo's or Trio's while Rubina, Jyotika Dilaik and Toshi will be the judges.

Vindu will be the host while the teams will be of Aly-Jasmin, Jaan-Nikki and the trio will be of Rahul Vaidya, Rakhi and Devoleena Bhattacharjee.

Rahul says that the result will be biased as Rubina is Aly's sister while Jasmin tells him that she is Bigg Boss' sister.

Aly-Jasmin wins the task and gets a gift hamper.

Later, Nikki and Jaan tell Rubina about Rahul-Jasmin conversation and convinces her to team up with them for the show.

© Copyright tellybest.com, 2020, 2021. All Rights Reserved. Unauthorized use and/or duplication of any material from tellybest.com without written permission is strictly prohibited.
Cached Saved on: Tuesday 28th of September 2021 01:15:41 AM