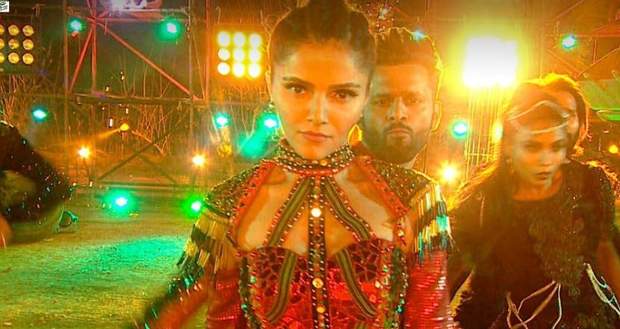 Salman gives the info to the housemates and says that the name which will not be taken will be joining him on the set.

He takes Rubina and Rahul's name and tells Nikki to come outside.

Salman tells the audience that they will be able to give auditions for the next season that it season 15 of Bigg Boss exclusively on the Voot platform and that the audience will be the judge if they get into the show or not.

He says that the details will be soon given out.

Salman reminds the audience that he earlier said that there will be live voting and tells the audience to vote as soon as possible for their favourite contestant at the voting lines will end in only ten minutes.

He greets the duo and tells them to exit the house after switching off the main switch of the house and meet them on stage.

Rahul says that he will find out the root of their fights after going home and they emotionally pull down the switch and come outside.

A dance performance of the duo performing on the song 'Allah Duhai Hai' is shown.

Rubina and Rahul enter the set while Salman happily greets them.

Salman holds both of their hands and declares Rubina as the winner of the Bigg Boss season 14 while the sting her hand towards the sky.

Salman and the ex-contestants congratulate her while Salman bids goodbye to the audience.

© Copyright tellybest.com, 2020, 2021. All Rights Reserved. Unauthorized use and/or duplication of any material from tellybest.com without written permission is strictly prohibited.
Cached Saved on: Monday 10th of May 2021 03:51:36 AM