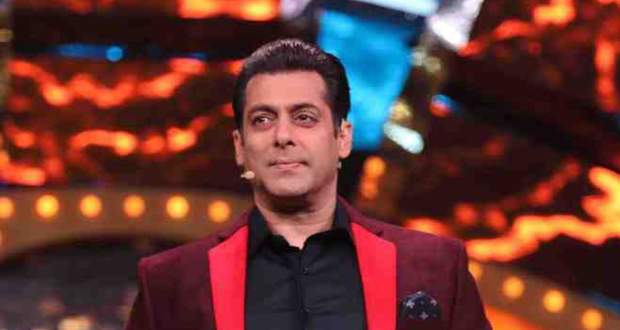 Inside the house, the Big Boss14 immunity task is still going on. Rubina Dilaik throws water at Abhinav Shukla to help him due to which the BiggBoss seniors disqualify him. His place is taken by Sara Gurpal on the scooper.

Rubina panics as Abhinav's eyes are burning and screams to the cameras that the BB 14 members are not playing fair.

Sara gets up from the scooper and Shehzad Deol takes her place as she can't open her eyes. Jasmin Bhasin cries witnessing her state. Rahul Vaidya takes Shehzad's place by making him stand up.

Nikki Tamboli takes Rahul place by putting shaving cream on Rahul's face and making him stand up. After that, Sara destroys Nikki's make up to enrage her.

The buzzer indicates the end of the task and Bigg Boss announces Pavitra Punia and Nikki as the winners of the BiggBoss14 immunity task.

Salman greets BiggBoss season 14 members inside the house from his set. He tells the contestants that from Pavitra and Nikki, one will get the title of Confirmed from TBC by Seniors and get as many powers as Seniors of BB14.

Salman gives Nikki the privilege of getting anything she wants except her personal items from the Bigg Boss house mall in the given time slot of 2 minutes.

The winner of the MPL caller of the week asked Nishant that which one is his real self? The one from grand premier or the one he is now? Nishant answers him that till now he was observing other contestants and from now on he will start playing his own game.

After that, the seniors decide among themselves and announce Nikki as the first confirmed contestant of Bigg Boss 14 house.

Upcoming Big Boss 14 episode update: Mehar and Sarab from Chhoti Sardarni to come and give BiggBoss14 contestants a playful task.

© Copyright tellybest.com, 2018, 2019, 2020. All Rights Reserved. Unauthorized use and/or duplication of this material without written permission from tellybest.com is strictly prohibited.
Cached Saved on: Tuesday 1st of December 2020 01:18:16 PM