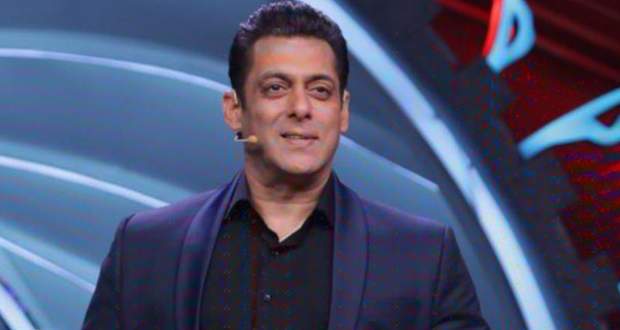 Inside the Bigg Boss house, Eijaz Khan rebukes the seniors, Heena Khan, Gauahar Khan and Sidharth Shukla and tells them that they should not have given the reward of being a confirmed member to Nikki Tamboli as he thinks that she lacks humanity. The Bigg Boss14 seniors fight back by saying that the did so for a reason.

Salman Khan greets Hardik Pandya, Krunal Pandya and Ishan Kishan, the three cricketers from the team, Mumbai Indians. The trio asks the BiggBoss 14 members questions regarding their opinions on other members of the house.

Salman gives Big Boss 14 Seniors the task to put the picture of the fresher they deem fit for the statement beside it on the board. On the statement, 'perfect for being boss', all the Seniors put Pavitra Punia's picture beside it.

Now, Salman gives a task to Nikki to test her. In the task, there are headbands with Balloons on them and she will have to pop one of everyone's balloon and tell one misunderstanding that they have. (tellybest.com wu) She does so and gives an honest opinion of what she feels likes of other contestants. Salman tells if anyone else wants to do so they can also do the task and Rubina Dilaik pops Pavitra's balloon stating that she should not play the damsel act to get favouritism from the seniors.

Sarab and Meher of Choti Sardarni serial greet the #BiggBoss14 members. The couple gives each Senior a task to sell two the freshers as a product to them in order to test their bond. The sold contestant gets a reward while the unsold contestant get a beating from 'wheel of fatka'.

Afterwards, Salman gives a task to BigBoss14 freshers of categorizing themselves from the category of Excellennt, Good, Average, Below Average and Poor. The Bigg Boss 14 freshers complete the task with a lack of enthusiasm and there's no one in the Excellent category.

The seniors say that they are disappointed in the BB14 freshers as no one put up a fight for themselves and just accepted the category they were put into. Salman also rebukes them and says that the result of task was going to impact the eviction as they have not opened the voting lines. He tells the 10 nominated freshers to pack their bags and leave the Bigg Boss house.

Upcoming Bigg Boss 14 episode update: Nikki Tamboli will be given the power of choosing the seven essentials of the day

© Copyright tellybest.com, 2018, 2019, 2020. All Rights Reserved. Unauthorized use and/or duplication of this material without written permission from tellybest.com is strictly prohibited.
Cached Saved on: Saturday 28th of November 2020 04:54:08 AM