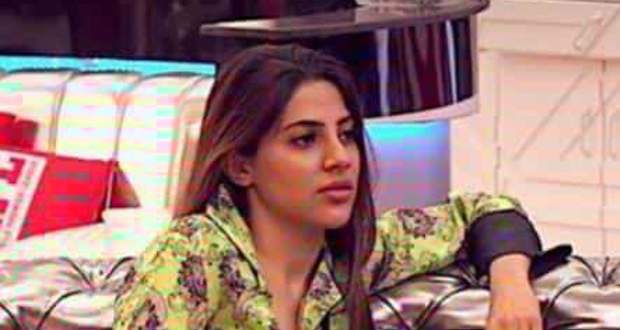 Nishant Singh Malkani decides to give up his essentials for the day for Nikki on the word given by her that she will not get anything for the next day. The other Big Boss 14 contestants do not accept his sacrifice for Nikki and have an argument over it.

Bigg-Boss announces that Abhinav Shukla has a choice of getting his wife, Rubina Dilaik into the house as an accepted member if he decides to give his immunity and gets nominated for elimination. Abhinav tells Big Boss that he will not give up his immunity for Rubina.

BiggBoss senior Sidharth Shukla convinces Nikki to give up the essentials and she does it. Pavitra Punia comments that she did it only because Sidharth convinced her. Afterward, everyone eats lunch.

Eijaz Khan announces from the rule book about the BigBoss second task to get immunity from elimination. The task is named 'Sid Island' in which the fresher girls Nikki, Rubina, Pavitra, Jasmin Bhasin, and Sara Gurpal have to impress Sidharth.

There will be three Big-Boss task rounds in which from the first two rounds, two girls will be eliminated from the task and in the third round, the girl who will have the most drinks on her tray will be the winner.

In the BB 14 first round, Sidharth is a tattoo artist and the girls have to impress Sidharth by talking to him while they get a tattoo. Sara is eliminated in the first round of the task.

Upcoming BiggBoss 14 episode update: Pavitra and Sara to get violent during the task.

Let's see who wins the future task in the upcoming episodes of Bigg Boss season 14.