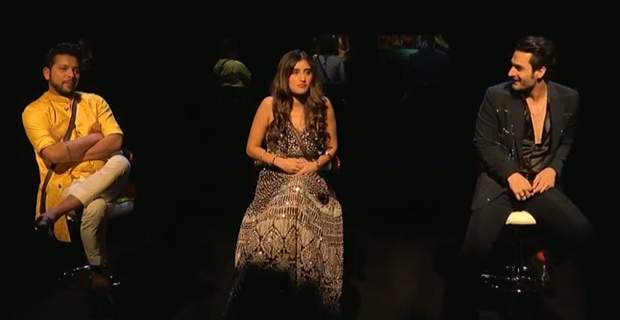 All three of them are asked questions for which they have to answer with the name of any one of the contestants.

The first question asked is 'Who doesn't know that is Bigg Boss game?' and the most voted person is Donal Bisht.

The next question is 'Who believes that he/she is the leader of the pack?'. Pratik is most voted but the contestants in the Soch Room do not take his name.

'Who can betray their teammates in the future?' is the third question and Afsana is voted the most because she has already done it in a task.

Salman Khan asks the next question which is 'Who is the most manipulating person?' and the most voted person is Nishant.

The last question asked is 'Who is the most unhygienic person?' which ends in a fight between Meisha-Ieshaan and Donal.

Salman goes to meet the contestants again to announce who is eliminated from Bigg Boss 15 in the 1st week itself.

During the celebration, Afsana breaks down and starts crying. Nishant and Pratik try to console her and take her inside the Bigg Boss house to seat on the sofa and relax.