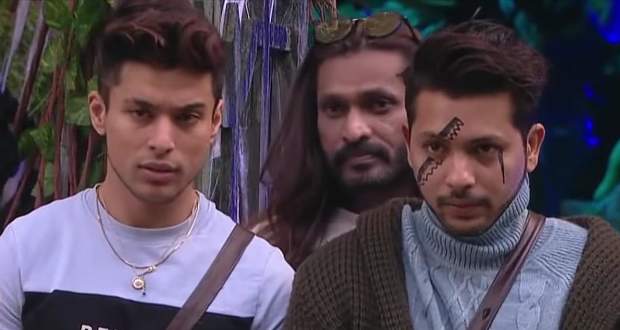 Further, Bigg Boss announces a new captaincy task in which the non-VIPs have more power than the VIPs and explains the task and rules of 'Zombies of the house'.

Abhijit Bichukle refuses to do the task if it is not done his way while Nishant Bhat destroys Rakhi Sawant's headstone removing her from the captaincy race.

Later, Abhijit is being held back by other contestants from going inside the grave while Rakhi frees him and tells him to not go there.

Pratik Sehejpal then again tries to trap Abhijit while Rakhi comes there with a rock and threatens to destroy the props.

In the third round, Pratik removes Karan Kundra's headstone leading to Shamita Shetty becoming the new captain of the BB House.

Shamita distributes the tasks while Rakhi tells Rashmi Desai that she is supporting Abhijit only because he is not healthy at the moment.

Later, Pratik suggests Shamita remove Tejasswi instead of Rakhi from the VIP section if she gets the chance while she goes to Nishant and discusses her choices.

Rashmi tells Karan that she doesn't know if she can trust him or not after what he did to her in the previous task.

Tejasswi talks to Karan and says that Nishant, Shamita, and Pratik have an advantage as they know each other from the OTT season while Rashmi and Rakhi joke.

Nishant tells Shamita that Rakhi doesn't think about anything when she flips.