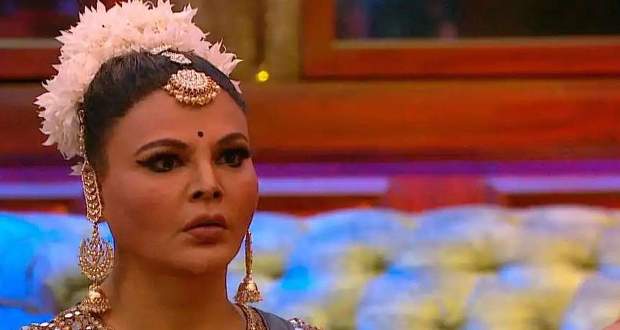 Today's Bigg Boss 15 18 January 2022 episode starts with all the contestants getting a chance to talk to their family members via a video call.

During Karan’s call, everyone starts to tease Tejasswi.

Tejasswi blushes when Karan’s father openly accepts Tejasswi as a part of their own family. The same follows with Karan.

Karan discusses with Tejasswi how he should talk when she gets a chance to talk to her family members.

Tejasswi advises him to be normal and not be intimidated.

As the night approaches, Tejasswi and Nishant Bhat have a brief discussion about the finale.

Nishant tells Tejasswi that he always tries to cooperate with her as her sincere friend.

However, Tejasswi reminds him that no matter how close they get, Nishant would still support Shamita Shetty and Pratik Sehejpal.

The next day, Abhijit gets a call from his family members. Abhijit’s reputation in the house is not too good.

Hence, Abhijit's wife reminds everyone to leave all malicious intentions in the Bigg Boss house as it is a game only.

Everyone feels pleasantly happy interacting with Abhijt’s wife, his two kids, and his mother.

With this, the “Jadui Television” task gets over and Bigg Boss hands out another task to all the contestants.

In this task, four swings are laid out on the lawn and everyone has to sit on it one by one, including the VIP members too.

This way one who will be left on the swing will be eliminated.

Tensions arise between Rashmi Desai and Devoleena Bhattacharjee as the latter seems to be in some sort of indecision within herself.