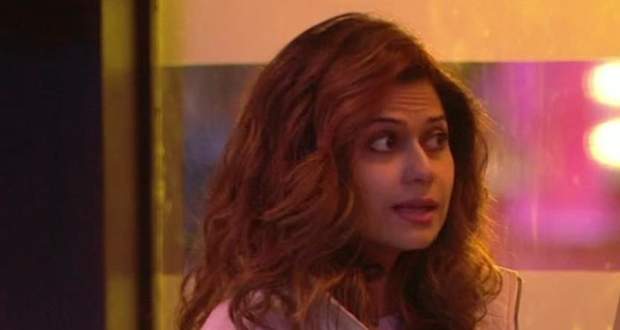 Karan is seen irritated by Tejasswi’s indefinite answers. He wants her to be definite in her decision-making.

On the other hand, Tejasswi feels utterly burdensome by Karan’s claim that she should save Rashmi Desai as the latter has played for Tejasswi in prior tasks given by Bigg Boss.

Tejasswi hence asserts that she will not play for anyone now.

She is sick and tired of making deals.

As the new day begins, Bigg Boss hands out a task with six rounds to the contestants.

In this task, only Rajiv Adatia won’t be able to participate as he is a wild card entry. Smiley balls are hung on the lawn outside.

Tejasswi, Nishant Bhat, and Abhijit Bichukle participate in this task actively to secure their position in the finale.

Before the task begins, Tejasswi and Devoleena Bhattacharjee mock Abhijit by putting an act of appreciating him.

Later in the day, the task begins.

Tejasswi, Nishant, and Abhijit have to collect as many balls as they can after Rajiv initiates the task by bursting them open.

However, Abhijit falls prey to Rashmi’s ulterior motives and she tears his bag apart.

Tejasswi and Nishant feel confused as to how to play this task further.

Subsequently, Rakhi Sawant is seen goading Abhijit to hand out his balls. But the latter does not agree to it.

As the task approaches its end, Abhijit attempts to dispense balls collected by Tejasswi.

Tejasswi reacts to it furiously by hurling the smiley ball against Abhijit.

She leaves the lawn and makes herself alone.