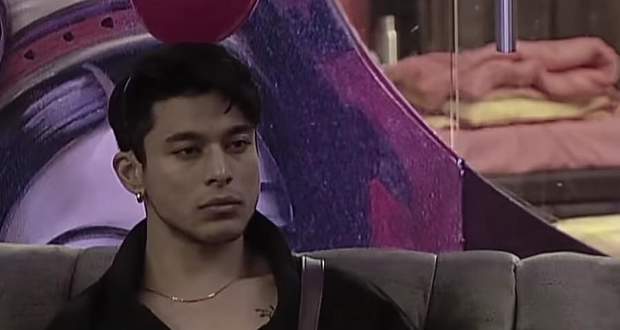 Today's Bigg Boss 15 21 November 2021 episode starts with Salman Khan saying that they are going to get their top 5 contestants in the next 24 hours and greets the contestants.

He further tells the contestants to say which contestants have passed or failed the game from the past 7 weeks.

Salman recalls that the nominated contestants are Karan Kundra, Jay Bhanushali, Neha Bhasin, Rajiv Adatia, and Tejasswi Prakashi and informs that after 24 hours only the top 5 contestants will be left and that a thunderstorm is coming inside the house.

Meanwhile, Bharti and Harsh enter the Bigg Boss house and joke with all the contestants.

Further, they make the contestants play games in pairs for a chance to win luxury items.

In the second game, they make ask the contestants and tell them to slap the contestant they think is the suitable answer for the given question.

Pratik Sehejpal takes Tejasswi's name as the person who runs from their house duties which incites a violent argument between him and Karan while pushing each other towards the glass panel.

Other housemates, Bharti, and Harsh request them to calm down but fail after which Bharti and Harsh leave.

Inside the house, Shamita Shetty and other housemates scold Pratik and Karan for fighting while the guests are there.

Tejasswi takes Karan aside and calms him while Jay comes there and confronts him.

Meanwhile, Rajiv comes to Nishant Bhat and calms him after which they go to Pratik where Tejasswi comes there and irritates him.

Later, the housemates go to the garden where Bigg Boss welcomes the media and reveals that the media will decide the bottom six contestants today.

Bigg Boss tells Sana to reveal big news and she informs that VIP luxury is dissolved from now on as they failed to use it.

Report asks Karan and Tejasswi if their relationship is fake and they deny after which Shamita is asked if she is taking the advice given by their good wishes seriously or not.

© Copyright tellybest.com, 2020, 2021. All Rights Reserved. Unauthorized use and/or duplication of any material from tellybest.com without written permission is strictly prohibited.
Cached Saved on: Monday 17th of January 2022 09:33:17 PM