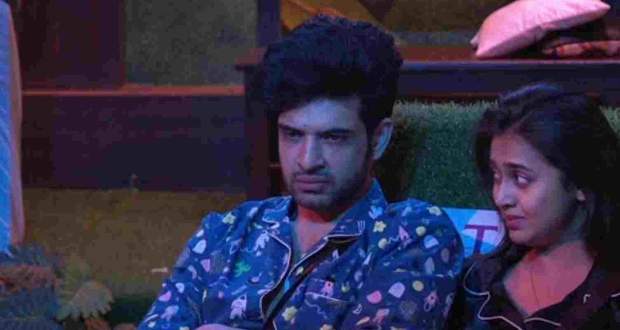 A preview of all the inmates of the Bigg Boss house disagreeing with each other is shown to the viewers before Salman Khan’s live interaction with them.

Bigg Boss tells all the inmates to take names of three individuals who have come this far just because of someone’s help in Bigg Boss house.

Abhijit Bichukle targets Shamita Shetty and tells her the reason for her spot in the finale is Nishant Bhat’s friendship with her.

However, the most number of badges is received by Pratik Sehejpal. Pratik is not happy with it.

Later, Salman Khan greets all the contestants inside the Bigg Boss house and questions them about the preview shown prior.

He questions Shamita and asks whether Abhijit is right or not. Shamita responds and says that Pratik, her, and Nishant have secured their spot in the finale because of their individual stance.

Their friendship is just the cherry on top, even though, all three of them are highly opinionated individuals.

Salman then moves to ask Tejasswi whether the inmates are right or wrong on her receiving support from Karan.

Tejasswi gives a vague answer, making most of the contestants roll their eyes at her.

Salman Khan introduces the inmates of the Bigg Boss house to Mithun Chakraborty and they all perform a special dance sequence based on Chakraborty’s hit songs.

In the end, Salman Khan urges the viewers to vote for their favorite contestants as the finale reaches near.