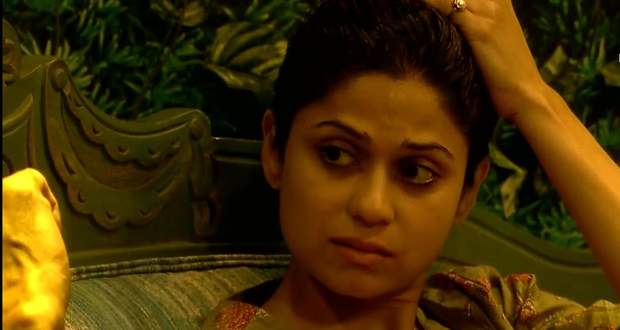 Today's Bigg Boss 15 24 November 2021 episode starts with Day 53 starts with everyone waking up to the song 'Jaane Kyun'.

Later, Rajiv tells Neha that he is upset with her while Karan Kundra and Tejasswi Prakash sort out their misunderstandings.

Rajiv and Neha argue while Umar Riyaz and Nishant Bhat try to stop them but Rajiv argues with them instead.

Umar argues with Neha and comments on Pratik Sehejpal which causes a brawl between him and Pratik.

Everyone breaks them up but they keep insulting each other with their words.

Later, Bigg Boss tells the contestants to go to the garden area and tells the bottom six to stand on the stair platforms with their lanterns while the top five will sit on the stairs.

Vishal Kotian, Jay Bhanushali, Rajiv, Neha, Simba Nagpal and, Umar stand on the platforms while the rest sit on the stairs.

Afterward, Neha tries to comfort Pratik while others talk about Simba's departure.

The next day (Day 54) Rajiv, Vishal, and Umar talk and decide to not trust Jay and Nishant.

Tejasswi gives instructions for the Wow Natural competition in which Neha and Karan win and get the hamper.

Later, Harsh Limbachiya and Bharti Singh announce through the microphone that they are there to clear out some of the contests and instructs the top 5 that they have to ignore the bottom 5 at any cost while the bottom 5 will have to get their attention at any cost.

© Copyright tellybest.com, 2020, 2021. All Rights Reserved. Unauthorized use and/or duplication of any material from tellybest.com without written permission is strictly prohibited.
Cached Saved on: Wednesday 1st of December 2021 11:48:26 PMCached Disp on: Monday 6th of December 2021 08:53:23 AM