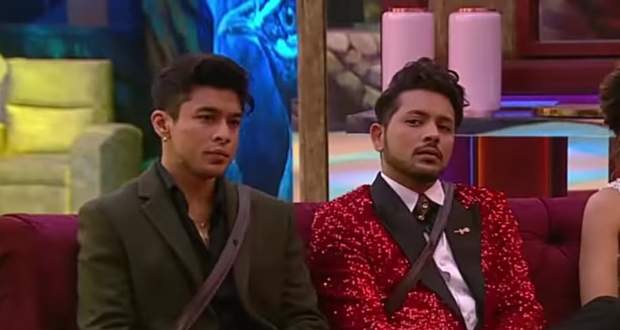 Further, they dance on a song from the movie after which Raja Mouli graces the stage and does a Karaoke singing session with them.

Afterward, Salman greets the housemates and introduces them to the guests who further talk to them and entertain the audience.

The guests take their leave after which Salman tells the housemates that the word of the week is fair-unfair and asks contestants whom they think are unfair from the other contestants.

Shamita Shetty keeps on saying that Rakhi Sawant was unfair at a crucial stage of the show while Salman explains to her that every stage is crucial for contestants and that it was wrong of her to push Rakhi.

Further, Salman scolds Karan Kundra for being unhappy with Tejasswi Prakash getting support and help in reaching the finale before him and bashes him.

He tells Karan that Tejasswi only had two housemates fighting for her while he had three and still he argued that Tejasswi was trying to win by cheating.

Salman makes Karan understand how he is being unfair to Tejasswi by comparing his reactions.

Salman tells them to sort out their argument and further greets Nora Fatehi and Guru Randhawa.

Inside the BB House, Tejasswi confronts Umar and Rashmi while Karan tries to calm the situation.

© Copyright tellybest.com, 2020, 2021. All Rights Reserved. Unauthorized use and/or duplication of any material from tellybest.com without written permission is strictly prohibited.
Cached Saved on: Friday 28th of January 2022 05:18:42 PM