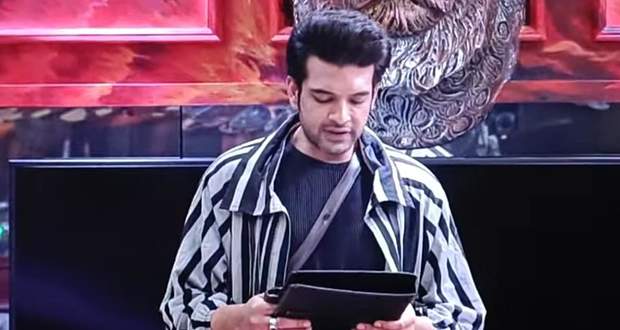 Today's Bigg Boss 15 25 November 2021 episode starts with Day 55 starts with everyone waking up to the song 'Khwab Dekhe'.

Vishal Kotian and Shamita Shetty once again clear out their misunderstanding and set their boundaries.

Later, Bharti Singh and Harsh Limbachiya come at a recording live set and speak to the contestants through speakers.

At viewers will be able to see their task and will give them live voting at the end.

Rajiv Adatia and Umar Riyaz try to get th attention of Tejasswi Prakash and Nishant Bhat who ignore them and keep dancing.

Umar and others target Karan and Tejasswi but they don't budge while Harsh says that he pities Umar.

Further, Bharti and Harsh announce that it is the end of the task, and all the contestants hug each other.

Afterwards, Harsh and Bharti tell the contestants that it is time for bad news and reveal that there will be three evictions based on the public voting and reveal them to be Neha, Jay and Vishal.