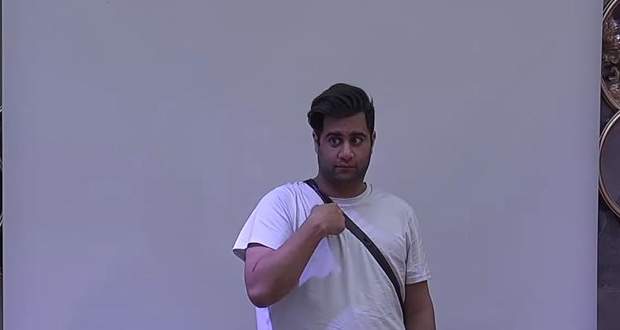 Nishant Bhat and Rajiv Adatia joke about Karan Kundra but he takes it offensively and starts arguing with him.

Later, the housemates greet them while Bigg Boss reveals that the VIPs have the prize money for Bigg Boss season 15.

Rakhi says that she was not lying when she said that she is married and welcomes her husband, Ritesh.

Bigg Boss welcomes Ritesh and announces him as the fourth VIP member.

Rashmi tells Umar Riyaz to be careful while Nishant and Rajiv joke with Rakhi and Ritesh.

Pratik Sehejpal and others talk about the newcomers while Rajiv tells Rakhi that he is a big fan of her.

Rashmi and Debu chat with Ritesh while Rakhi talks to Shamita Shetty and Tejasswi Prakashi.

Karan and other contestants ask Ritesh and Rakhi about their stories.

Shamita tells Rajiv that she is tired of being accused of being controlling.

Bigg Boss announces that the VIP Area is open to the VIPs and that they are the only ones deserving of the trophy at this point.

At night, all the contestants sit in the garden and joke with each other.

Further, Rakhi celebrates her birthday as others congratulate her.