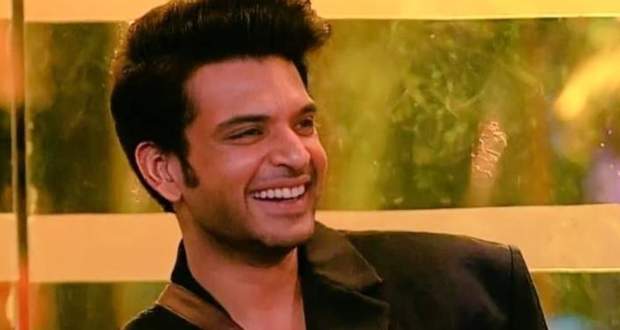 Today's Bigg Boss 15 27 November 2021 episode starts with Salman Khan greeting the audience and talking about the wildcards competing against the old contestants.

He shows that the battle has started already as the VIPs are given a task to select the contestants whom they think are not deserving of the trophy and throw muddy water on it.

Devoleena Bhattacharjee picks Shamita Shetty along with Tejasswi Prakash which Shamita doesn't like and argues with her.

All the contestants start throwing accusations at each other and create a huge argument in the house.

Later, Salman greets all the housemates and talks to Ritesh about Rakhi.

Salman tells Ritesh to propose to Shamita in English and give her a rose and later tells him to take back the rose and propose to Rakhi.

Afterward, Salman scolds the contestants saying that they are looking fake on television and hence they had to bring in the public's favorite contestants as wild cards.

Further, Salman questions Pratik if he didn't know that he was the main priority for Simba Nagpal as a friend and why he became the reason for Simba's departure.

Later, Umar Riyaz gives his input and Pratik tries to interrupt but Salman stops him.

Salman questions Karan about stopping his friends from being friends with other contestants and further on the topic of his relationship with Tejasswi.

Rashmi talks to Karan and tells him thag it's not too late to focus on the game while he nods his head.

Further, they make the couples Karan-Teja and Rakhi-Ritesh do a compatibility test.

Further, Salman talks about the new show Matsyakant and invites Ravi Kishan and Ravi Debey to talk about it.

They both go into the Bigg Boss house and give the contestants the task to select the VIPs whole they don't consider as a threat and smash a glass bottle on their head.

© Copyright tellybest.com, 2020, 2021. All Rights Reserved. Unauthorized use and/or duplication of any material from tellybest.com without written permission is strictly prohibited.
Cached Saved on: Thursday 20th of January 2022 05:21:12 AM