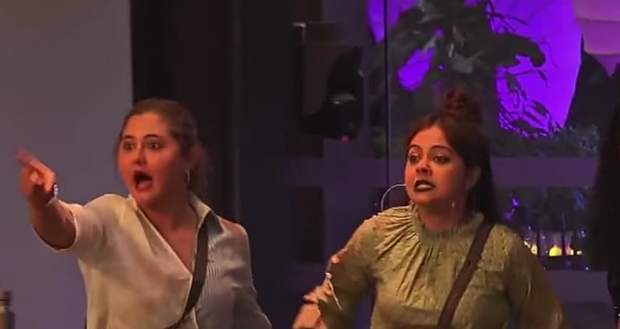 Further, all the housemates start preparing for the task and engage in a violent fight while the non-VIPs start arguing among themselves.

Later, at night, Devoleena comments on Shamita and threatens her with a steel water bottle while other housemates try to keep her away from Shamita.

Shamita faints while arguing with Devoleena and Karan takes her inside ignoring Devoleena.