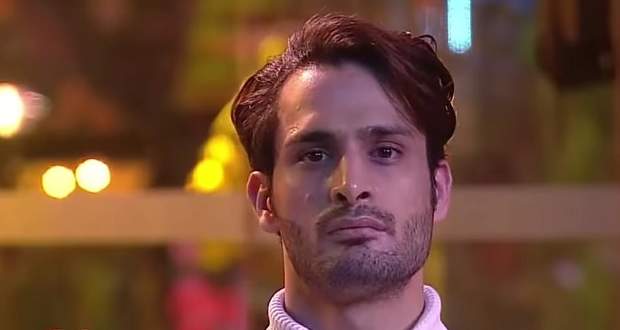 Munmun Dutta winning the focus task and gave the challenge to Pratik Sehejpal and Shamita Shetty.

The first two rounds end in a draw after which Bigg Boss announces that the first contestant to show emotions will lose.

Abhijit Bichukle starts degrading Pratik with the excuse that he's doing it for the task while Devoleena (Devo) Bhattacharya tells him that she will see him after the task.

Meanwhile, the housemates try to disturb the contestant they don't want to win and manage but fail.

Karan Kundra brings a pan of frying chilies near Shamita to get her to react but fails.

Meanwhile, Rakhi Sawant wears the jacket that Raqesh gave to Shamita to get her to react.

Elsewhere, Karan tells Tejasswi Prakash that she is only focusing on making Pratik lose while she explains that she is doing what she saw him do.

Umar Riyaz and Nishant Bhat get into an argument while Bigg Boss announces that only five minutes are left.

In the end, the coordinates say that they can't decide and Bigg Boss announces that no one will win the ticket to the finale for this task from this house.

Afterward, Devo confronts Abhijit and accuses him of degrading her family and her which turns into violence between them as the rest of the housemates try to separate them.

Rashmi Desai supports Abhijit and argues with Devo while Karan tries to calm her.

The fight continues after which Bigg Boss tells Devo to go into the indoor garden while Abhijit to stays in the bedroom area.

Pratik calms Devo after which he talks to Tejasswi and Nishant who say that they genuinely think Abhijit was doing it for the task.

Pratik hears sounds coming from the bathroom and tells the housemates that Devo is breaking something in there.