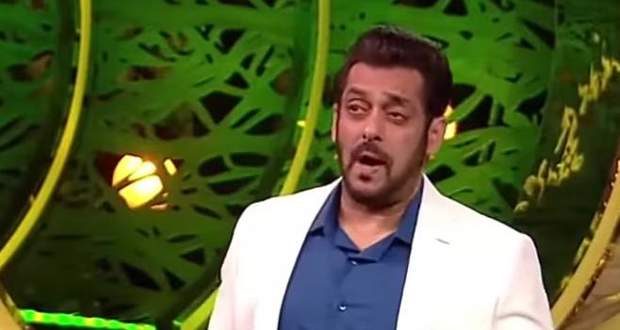 Further, he dances with her and makes a Knock Knock joke to entertain the audience.

Afterward, Salman greets the housemates and starts scolding Karan Kundra for using violence saying that he starts using violence when he can't use his words.

Later, Ravina Tandon also graves the stage and makes the housemates do a task by telling them to reveal whom they think of as a criminal for the BB15.

© Copyright tellybest.com, 2020, 2021. All Rights Reserved. Unauthorized use and/or duplication of any material from tellybest.com without written permission is strictly prohibited.
Cached Saved on: Thursday 20th of January 2022 03:38:51 AM