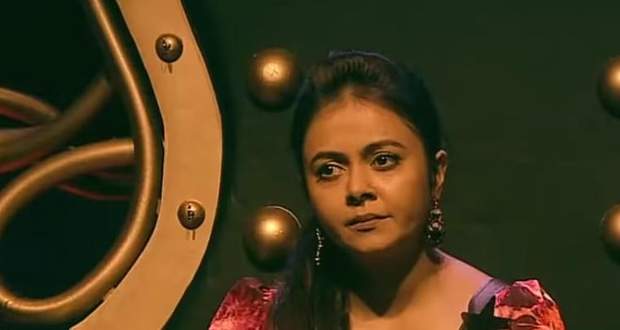 Later, Devoleena (Debu) Bhattacharjee cries remembering her past to Ritesh who tries to calm her.

Rakhi Sawant creates a drama and makes everyone laugh while Abhijit Bichukle tells other contestants that they should do a strike to get Bigg Boss to return the prize money that is taken away.

At night, Rakhi gets angry with Ritesh for comforting Debu saying that Debu is emotionally fooling him.

He tells her that he can't change his personality for the game and demands her to treat him only as a contestant from now on.

Bigg Boss 15 Day 66 starts with everyone waking up to the song 'Kaal Dhamaal'.

Rakhi discusses her game strategy with Abhijit in the VIP room.

Afterward, Karan Kundra reads from the BB Handbook and states that two non-VIPs and one VIP will go into the confession room and after hearing the talks of non-VIPs, one will be eliminated by the VIP.

Lastly, the non-VIP whose picture is not on the throne will be saved.

In the first round, Debu saves Pratik and eliminates Shamita Shetty.

In the second round, Abhijit saves Pratik and eliminates Umar.

© Copyright tellybest.com, 2020, 2021. All Rights Reserved. Unauthorized use and/or duplication of any material from tellybest.com without written permission is strictly prohibited.
Cached Saved on: Wednesday 19th of January 2022 01:00:54 PM