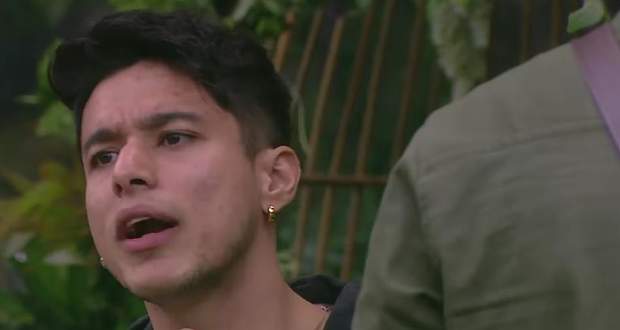 Today's Bigg Boss 15 6 October 2021 episode starts with (Day 4)  everyone waking up fresh and having a nice morning with the person they like.

Tejasswi Prakash requests the insiders to let her come inside and cook as their cooking gas is empty but they tell her to give them the ingredients and that they will cook it for her which upsets her and Donal Bisht.

Further, Tejasswi and Donal get into an argument and she leaves the kitchen saying that she will never enter the kitchen from now on.

However, the contestants are not happy with the elimination and mock Pratik while Shamita Shetty sides with the with.

At night, the junglewasi's make Pakora's while Vishal Kotian and Tejasswi Prakashi joke about it the next morning.

Day 5 starts with everyone waking up to the song 'Sher Aaya'.

The junglewasi's steal lemon from the insides while Nishant Bhat comes there and argues with them but Karan Kundra argues with him and makes him leave.