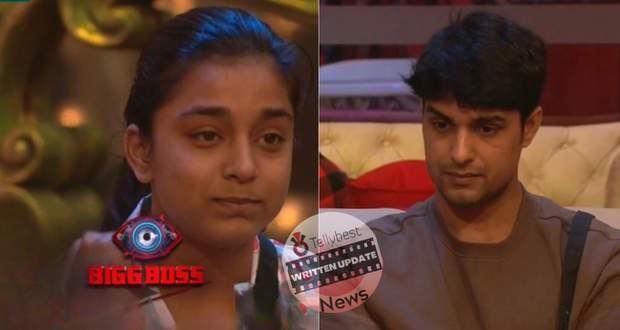 Today's Bigg Boss 16 10th October 2022 episode (Day 10) starts with all the housemates waking up and singing the Bigg Boss Anthem with humor.

Archana fights over Shalin as he argues that he needs 200 grams of chicken and tells her to make 200 grams for him only.

However, Archana states that she is thinking for everyone and that he cannot eat more than 100 grams.

They both start jabbing each other's careers and argue while Nimrit Kaur Ahluwalia tells them that they do not need to fight like cats and dogs over food.

Shekhar Suman returns with his segment

Priyanka Choudhary is invited as the first guest at the segment and Shekhar asks her questions regarding her opinion of the other contestants.

Shekhar praises Archana that she is doing great in terms of entertainment as she is the only one stirring up drama.

Further, Priyanka is giving her thoughts on being titled 'Jagat Mata' while Nimrit noses into the conversation and starts an argument with her.

Shekhar further requests Ankit Gupta to join them and afterward asks them whom he's close to in the house apart from Priyanka and Abdu Rozik & he takes Sreejita De's name.

Archana and Soundarya argue over food

Afterward, Archana showers Soundarya with curses for asking her to make tofu when she is already done with all the cooking.

Shalin makes fun of Sumbul and hurts her

On the other hand, Shalin tells Sumbul Touqueer to not act like a child if she wants to be treated as an adult and mocks the way she talks which hurts her.

Sumbul walks away from there and Gautam Vig comforts Sumbul while Tina Datta tells Shalin to not disrespect Sumbul in a childish way and asks her directly if she likes him or not.

Later, Bigg Boss blares chicken horn at all the contestants telling them to wake up and realize that they are in a competition and not in the comfort of their own homes.

Nimrit feels upset as Bigg Boss scolds her for distributing the chocolates and removes her from the position of captain.

Further, Shiv Thakare and Gautam manage to hit the gong and get the chance to win the captaincy while Nimrit is asked to coordinate the whole task.

However, the contestants start using other people's items in the bucket which angers Nimirt as she tries to calm them.

The contestants, however, do not listen to her and keep on adding things while Shiv cheats by intentionally dropping a few things with the excuse that they are dropping on their own.

While everyone argues, Bigg Boss asks Nimrit if she has come to a decision and she states that according to her, Shiv is disqualified and Gautam is the new captain.

Bigg Boss accepts Nimrit's decision and Shiv starts accusing them of being biased while Archana argues with Nimrit.

Afterward, Sumbul is telling Shalin about how Shiv told her to stay behind him and not interfere in the task.

At the same time, Sajid Khan and Archana remove their mics as a protest against the rules being broken.

Shalin comes to argue in the name of not respecting girls while Sajid gets angry at him stating that he himself saw Shalin push Archana along with four other people.

All the housemates start demanding a meeting with the Bigg Boss and a meeting is held while Shalin tries to turn the tables by saying that he is scared of MC Stan and Sajid who have anger issues.

Shalin gets punished for pushing Archana

Further, Gautam tells Bigg Boss that as a decision with respect to the position of captain, he deems Shalin guilty of breaking the rule.

Bigg Boss announces that he deems that Shalin didn't try to hurt anyone intentionally and gives punishment that he will be in elimination for two weeks straight and will never get the opportunity to become a captain throughout the show.

Later, in the confession room, Sajid apologizes to Bigg Boss for getting over-aggressive and emotional and says that he himself will talk to Shalin and apologize.

However, Shalin keeps avoiding Sajid like the plague and acts like a child hiding under the blankets.

© Copyright tellybest.com, 2022, 2023. All Rights Reserved. Unauthorized use and/or duplication of any material from tellybest.com without written permission is strictly prohibited.
Cached Saved on: Monday 21st of November 2022 01:01:45 AMCached Disp on: Wednesday 7th of December 2022 02:46:53 PM