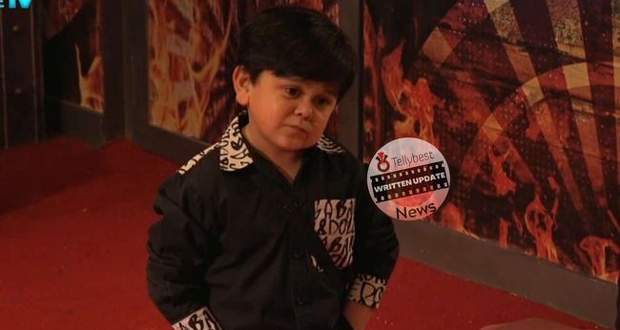 Today's Bigg Boss 16 11th November 2022 episode (day 42) starts with Salman Khan greeting the audience and stating that a lot of things are happening inside the house.

However, Salman says they will see what happens in the house first and will get to the drama afterward.

They joke about Abdu Rozik being possessive about Nimrit Kaur Ahluwalia and having feelings for her.

At the same time, Abdu is arguing with Priyanka Choudhary over her voting for 'Change Abdu' in the last task.

Shalin Bhanot tries to talk to Tina Datta while she tells him that they will have a cup of coffee outside of the show and will think about their relationship as she wants to focus on Bigg Boss.

Meanwhile, Gautam and Soundarya are still in an argument about each other being hypocrites when talking about checking out the wildcard entries.

Later, Gautam cries in the corner while Soundarya goes to him and apologizes to him.

During lunch cooking, Priyanka argues with Tina for cooking dinner and calls her bossy while Tina calls her a broken tape recorder.

Soundarya again argues with Gautam for not eating and blames it on his smoking habits.

Shalin gives both of them advice and tells them to not make their personal arguments a drama for other people.

Later, Sajid Khan teases Abdu and makes him address Nimrit as an aunty.

Shiv takes him to the side and tells Abdu to follow his heart and also apologize to Nimrit as it is not good to call her an aunty.

At the same time, Nimrit reveals to the housemates how she is also feeling upset since Abdu has been ignoring her for the past two days.

Abdu later talks to Nimrit and apologizes to her while she tries to talk to him.

However, Abdu says that she does not need to explain anything to him.

Salman Khan tells the viewers that now they will see a lot of new things as some guests are entering the BB House.

Sunny Leone and Arjun Bijlani enter the house and greet the housemates who get excited seeing them.

Sunny at first tells Ankit Gupta that they are turning the house into Splitsvilla house and makes him give a lap dance to Arjun Bijlani.

Further, Shalin and Gori get into a dance-off and Gori wins the round giving the winning title to the Girl's team.

The hosts put Ankit and Tina against one another and tell them to give their opinion on how much lazy/dramatic among other personalities they have.

At the end of the task, the guests say that both the girls and the boys are playing very nicely and make their exit.

Later, Gori Nogori questions MC Stan about the rumors he is spreading about her along with Soundarya and Gautam's support.

However, Priyanka and Ankit start an argument with Stan while Shiv Thakare also includes himself and starts arguing with Priyanka.

Salman dances with the Guests

Meanwhile, on the stage, Salman welcomes Sunny and Arjun as they promote their own reality show Splitsvilla.

Salman does some dances and recreates scenes from his movies after which he bids them goodbye.

Salman greets the housemates and talks to them about the incident.

A special conversation with #PriyAnkit!

However, Salman tells Priyanka and Ankit that he wants to talk to them separately and tells them to come to the activity room.

After coming into the activity room, Salman shows them a few clips of the Bigg Boss fans advising Priyanka to not be too overpowering on Ankit since they are not a couple and only 'friends'.

What is the relationship between Ankit and Priyanka?

Priyanka tries to hide her tears as Salman doesn't give her a chance to speak and asks them to clarify whether they are in a relationship or only friends.

Priyanka further states that she just wants to help Ankit as his nature is quiet.

Salman advises the two that they have become liabilities to each other and advises them to play their own games.

Priyanka gets a little emotional when Salman tells her to stop doing extra for Ankit and that the problem will be solved.

Salman talks in a way that makes Priyanka think that she might be leaving.

Priyanka apologizes while Salman targets his conversation towards Ankit and asks him to look at Priyanka and answer honestly if he can find a friend like her who will accept him the way he is.

Salman tells Ankit that it is clear to everyone including the audience and they themselves know that Priyanka likes him and that he also likes her.

At last, Salman tells Ankit and Priyanka to play their games but not become liabilities to each other.

© Copyright tellybest.com, 2022, 2023. All Rights Reserved. Unauthorized use and/or duplication of any material from tellybest.com without written permission is strictly prohibited.
Cached Saved on: Monday 21st of November 2022 01:28:27 AMCached Disp on: Saturday 10th of December 2022 03:39:39 PM