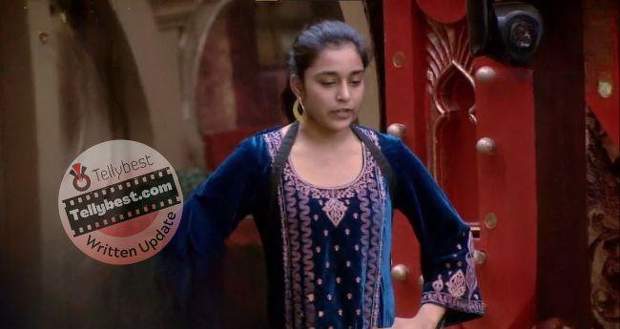 Today's Bigg Boss 16 1st December 2022 episode (day 62) starts with Nimrit Kaur Ahluwalia arguing with Tina Datta and telling her that the way she talks is degrading.

Nimrit's friends come out of the captaincy room and start arguing with Tina while she mocks Shiv Thakare by saying that he does not even respect girls.

However, Shiv responds by saying that they need to respect others to earn their respect.

Archana Gautam sits with Nimrit, Abdu Rozik, and others while she says that she will reveal Tina's dirty habits.

She further asks Abdu if their ration shelf is clean and Abdu reveals that Tina used to stay in that room before him and never cleaned that area.

Afterward, Archana takes the wilted flower pot with dirty water from Tina's room and goes to the kitchen teasing her about it.

Meanwhile, Ankit Gupta and Priyanka Choudhary discuss among themselves and decide that Nimrit is better than Tina.

At the same time, Shalin Bhanot and Archana talk with Tina and think that Nimrit is trying to recruit Soundarya Sharma into their group.

The next morning, all the contestants wake up to the sirens as they go to the garden and start singing the BB Anthem.

Later, Archana and Soundarya argue over who makes better food while Soundarya complains to Nimrit that Archana hasn't cleaned her utensils properly.

Archana tells her friends that she has been instigated and that now she will not leave anyone easily.

Afterward, all the housemates stand in front of their safes while Sunny and Bunty sit in a prop helicopter with bags of gold bars.

Bigg Boss tells the contestants that this is a chance for them to become the next queen/king.

In the task, Sunny and Bunty will throw gold biscuits in front of the contestants in each round and the winner for each round will go further into the race to become the captain.

In the first round, Sumbul Touqueer becomes the winner while Bigg Boss gives her the option to either keep the captaincy or get one digit for the passcode for the safe in the activity room.

Archana demands Sumbul get the digit for the passcode since she is responsible for losing the 25 lakhs.

However, Sumbul decides to choose the chance at captaincy which angers Archana.

In her anger, Archana talks on the topic of Sumbul's body and tells her that she does not have the face to become a queen.

In the second round, Ankit wins and chooses to keep his chance at captaincy which angers Archana again.

However, both Shiv Thakare and Sajid Khan explain to Archana that it is the contestant's own choice on whether they want to get the digit or the captaincy.

In the third round, Tina adds her collected gold biscuits to Shalin's safe which leads to Nimrit's disqualification from the round.

Shiv becomes the winner and he spreads his picture revealing that he wants to get the digit for the passcode.

Shalin and Nimrit start having an argument which leads to Nimrit having an emotional breakdown.

Nimrit tells the housemates that Shalin made fun of her depression which is not okay.

Later, Tina is trying to comfort Nimrit while Abdu tells her that she should have stopped Shalin if she cared for Nimrit.

For the fourth round, Shalin wins the round and he tells everyone that he wants to be a captain.

In the fifth round, Priyanka wins and she also chooses the captaincy.

Meanwhile, Soundarya becomes the winner of the last round as she chooses a digit for the passcode and attaches the digit to the door of the activity room.

Bigg Boss announces that they have lost the chance at getting back their 25 lakhs and tells them to bid goodbye to the money.

Archana feels upset while Sajid tells her to not take it too personally as it was not her decision whether the contestants can take captaincy or digits for the passcode.

Meanwhile, Shalin takes Tina to the medical room as she cries out of pain in her ankles.

Shiv & Archana are on a date

Archana and Shiv dress up and keep on joking throughout their date while others also add humor to their ensemble.

Later, Tina again goes to the medical room while telling Bigg Boss that she thinks she should go for a check-up.

On the other hand, Archana argues with Shalin for leaving the kitchen dirty while he argues that he was busy with Tina being injured.

Archana takes Sumbul's name too while Sumbul straightly says that she does not even use Archana's side of the kitchen.

Afterward, Shalin comes to Archana and apologizes while she tells him that apologizing does not work since he raised his voice unnecessarily.

© Copyright tellybest.com, 2022, 2023. All Rights Reserved. Unauthorized use and/or duplication of any material from tellybest.com without written permission is strictly prohibited.
Cached Saved on: Wednesday 25th of January 2023 10:12:17 AMCached Disp on: Tuesday 7th of February 2023 12:10:25 AM