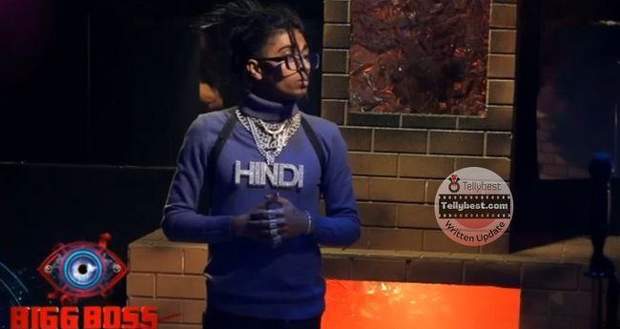 Today's Bigg Boss 16 20th December 2022 episode (day 81) starts with all the housemates waking up to the siren as they reach the garden and dance while reciting the BB Anthem.

Archana Gautam again goes inside the covers and refuses to do work as she argues that the housemates are making a ruckus since early morning and disturbing her sleep.

Vikkas Manaktala tells Sreejita De that he does not want food when someone is making unwillingly while she informs him that Archana is doing breakfast willingly only.

MC Stan and his group are discussing Priyanka Chahar Choudhary and Ankit Gupta's love angle and how it is already established with their fans.

Meanwhile, Priyanka and Shalin Bhanot are complaining to Sreejita and Soundarya Sharma about Archana not cleaning the bathroom area properly.

Later, Stan is playing with the knife while Bigg Boss tells him to put it back in its place as it is harmful to him and the other contestants.

Bigg Boss is upset with Soundarya-Sreejita!

Sreejita and Soundarya play with the buzzer while Bigg Boss jokes that they have broken it.

Afterward, Bigg Boss scolds the girls and announces that since they are thinking of the buzzer as a game, they will not get the special advantage in today's task.

MC Stan jokes that he will hug both Sreejita and Soundarya for giving him the privilege instead.

All the contestants rush to the activity task and get excited to see the set.

Bigg Boss tells the housemates to stand behind the half-done walls and informs them that the housemates will take two desired names of the contestants they want to put in elimination and Captain MC Stan will fill in the gaps in the said person's walls.

Sumbul Touqeer Khan nominates Ankit and Priyanka, reasoning that they create chaos inside the house.

Meanwhile, Priyanka tries to take revenge as she takes Sumbul and Shiv's name.

Ankit targets Archana and Shiv with the reasoning that they are both uselessly arguing with him and Priyanka.

Afterward, Soundarya takes Ankit and Priyanka's names with the argument that she does not want betraying friends like her inside the BB House.

Vikas takes the obvious names of his enemies Archana and Sreejita while trying to instigate an argument with them.

The nominated contestants are..!

On the other hand, Shalin takes Archana and Sreejita's names while Sajid Khan nominates Sreejita and Vikas, giving a diplomatic answer.

In the end, Ankit, Sreejita, and Vikkas get nominated for elimination.

However, MC Stan gets the privilege to nominate one contestant directly and he selects Tina which makes both her and Shalin argue with him.

The fight between Shalin and Stan gets intense as the housemates try to separate them.

Stan tells Shalin to not bring his parents into the argument and threatens him by saying that his fans are watching the show.

Shalin argues that he didn't bring anyone's parents into the argument while Stan curses at him.

Sajid tries to calm the argument while Vikkas tells Stan that he was wrong.

Shiv and others argue saying that Shalin was the one who started the argument by cursing MC Stan's mother.

Later, Shalin tries to come and talk to Stan while Shiv and others try to stop Stan from launching at him.

Sajid tells Shalin to leave right now but he doesn't budge while Shiv takes Shalin out of the room.

Sajid tells Stan to not ruin his reputation as he has become a brand now.

On the other hand, Shalin sits with Vikas and calls the younger contestants kids.

Shalin later sits with Tina while she tells him that she still does not trust him.

Later, Shiv and Nimrit sit together and discuss how they realized that Tina and Shalin were trying to get them eliminated.

Sajid supports whom? Stan or Shalin?

Sajid sits down Stan and tells him that Shalin was not cursing his parents and that it is just a way of expression.

Tina and Shalin argue with each other as Shalin says that they should be individuals while Tina tells him that being in a group saves them from getting eliminated.

At night, Archana mocks Tina by talking in English and has an imaginary argument with Shalin over cooking.

Priyanka tells Ankit that she hopes she does not get eliminated as she doesn't know how she will survive if he leaves.

They both talk about less active contestants and say that they will leave before him.

© Copyright tellybest.com, 2022, 2023. All Rights Reserved. Unauthorized use and/or duplication of any material from tellybest.com without written permission is strictly prohibited.
Cached Saved on: Wednesday 25th of January 2023 09:01:13 PMCached Disp on: Sunday 5th of February 2023 03:14:19 AM