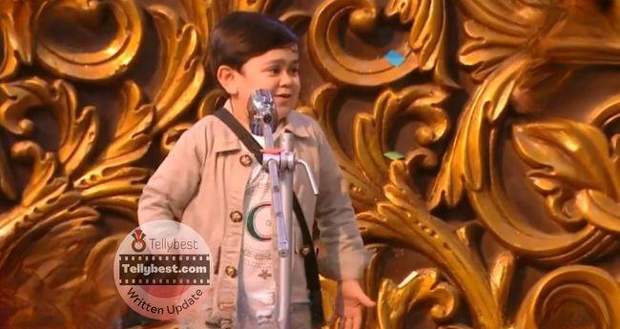 Today's Bigg Boss 16 27th December 2022 episode (day 88) starts with the sirens going off in the Bigg Boss house as the housemates wake up and go to the garden area to sing the BB Anthem.

The drama begins in the early morning when Archana Gautam starts to create an argument regarding milk and who will drink it and who will not.

Sreejita De gets irritated at Archana trying to make a scene over milk while Nimrit Kaur Ahluwalia tells Tina Datta in the garden area, that the contestants should give each other half an hour in the morning without any fights.

On the other hand, Vikkas Manaktala, Shalin Bhanot, and Priyanka Chahar Choudhary make fun of Archana and her concern regarding milk.

Shalin says that everyone has become Naag, Naagin, and drinking milk that is so precious to Archana.

In the bathroom, while brushing, Sumbul Touqeer Khan tells Sajid Khan that she didn't big goodbye properly to Ankit Gupta since she felt bad nominating him.

Vikkas then talks about Sajid about Sumbul picking a fight with him during the BB Mandi task but Sumbul asks Vikkas what his problem is who just keeps arguing with a nineteen-year-old.

Mc Stan and Sajid joke about Vikas unnecessarily getting angry with Sumbul along with Shiv.

Meanwhile, Soundarya Sharma and Archana bitch about Priyanka where Archana wishes to see Priyanka clean the whole house while she sits there like a Queen.

Similarly, the Mandali jokes with Sumbul crying over Vikas & Sajid joke that it is the beginning of a new love story.

Sumbul says that she will scratch Vikas' face and Sajid laughs, even more, asking her to be careful or else, her forehead might get filled with Vikas' blood.

Meanwhile, Archana talks to Shalin alone and asks him to support her when he knows she is right about milk.

In the kitchen, Vikas gets upset with Tina she is making chicken rolls for Shalin but there's none left for him.

Shalin tries to make Vikas understand but Vikas says it is unfair since Stan is also getting a plate full of chicken.

Tina comes there to apologize to Vikas and offers him Poha but he shakes his head while Shalin asks Tina not to make a "mudda" out of it.

Tina gets angry and tells Shalin that he always picks out faults in him.

On the other hand, Tina, Shiv, & Stan tell their internal ramblings to Maahim who comfortably sits with them, huffing and panting.

Tina talks about eliminations to Maahim, stating that she has lost count of how many weeks she is been nominated continuously and also bitches about Shalin who always makes her the target and becomes the hero.

She puts Maahim's paw on her head as if taking her blessings.

Meanwhile, Abdu jumps onto Soundarya's bed by getting scared of Maahim but later pets her.

Later, Archana unnecessarily tries to instigate Priyanka by calling her "Kaamchor" and saying how she will go to Ankit's house with these manners.

Sreejita favors Priyanka and speaks she is slowly becoming BB16 kitchen queen instead of Archana while Silbatta Queen keeps shouting as if she has no other topic to talk about other than Priyanka.

Meanwhile, Sajid tells Soundarya that Priyanka is truly coming out as a villain while Archana must be a joker to the audience.

To entertain himself, Shalin flirts with Maahim while Tina comments that people are very bored in this house.

Bigg Boss announces Sreejita's name by addressing her as Priyanka's new best friend after Ankit is gone and asks everyone to come into the living room.

The Next Captain Will Be Democratically Elected

Archana gets scolded by Bigg Boss as she keeps complaining and also asks Sajid who acts as if he is the scriptwriter of the show as to what will happen next.

Bigg Boss announces that from now on, only one captain will be elected and three contestants out of the safe ones will be first chosen and amongst them, a captain will be announced.

Nobody votes for Archana who fights with Sajid and since he is an elder, he is now not speaking for her.

However, Sreejita and Priyanka tell Sajid they will not vote for him now since he voted for Archana.

Tina asks Shalin if he will save Sumbul and Shalin says yes if given a chance because as per him, Nimrit needs to go now.

BB16 Girls Want Their Man's Chest To Be Hairy

Meanwhile, Sajid asks Soundarya whether she likes hairy chest on a man or not.

Soundarya says just a little bit of hair while Archana says she likes greyish hair on her men's chest and Shiv asks her not to make any gestures since they all got it.

Bigg Boss once again calls the contestants everyone into the living room, informing them that the BB audience is coming to elect the next captain amongst Stan, Abdu Rozik, and Sajid.

The election process will be of three rounds in which, the first round will have them praising themselves.

The second round will have the petitioners speak against each other and in the third round, they will take help from the non-elected contestants to perform something and vouch for a vote for them.

The first candidate is Abdu to introduce himself to the live audience that comes into the Bigg Boss House & sings "Chota Bhaijaan" song.

The next is Shiv who urges everyone to vote for him since he is a common man like them who dreamt big by watching TV.

The third candidate is Stan who entertains the audience by saying his famous slang, "Shemdi".

Later, Archana shouts at Vikkas for using her side of the burner.

She asks him not to remove her pans and throws the water out of the utensil that Vikas was using to make the tea.

The water spills into the hot oil and Priyanka's back almost gets hurt by the splashes but Sajid and Stan come just in time to ask Archana to stop her drama.

Sumbul stands shocked while Abdu informs Nimrit and everyone else sitting in the garden that there was a fight near the gas stove.

Vikas gets aggressive while Soundarya fights for Archana. Later, Sajid advises Vikas to keep his temper in control and Archana keeps shouting in the kitchen to which Shalin asks everyone to be careful since this is a show airing on national television.

During the second round, Priyanka and Shiv dance together which earns cheers from the audience.

Before the third round, Sajid tells Shiv that he sees a new alliance forming and predicts that if someone from the other team gets eliminated, the mandali will become even more powerful.

Soundarya also explains to Archana that this show is not about ration but personalities and asks her to observe how much the audience connects and relates with Abdu, Shiv, & Stan's friendship.

After the third round, it is announced that Shiv Thakare is the captain of the week as per the audience's voting while everyone thought Mc Stan would be because of the audience's live reaction.