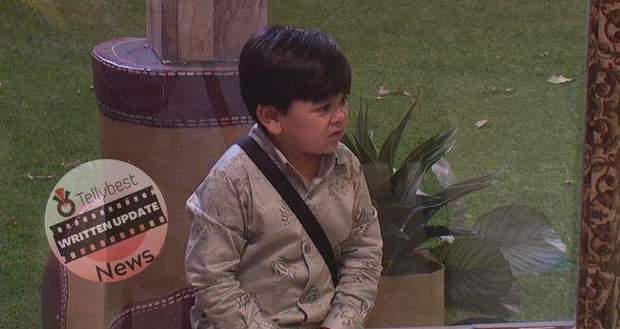 Today's Bigg Boss 16 27th October 2022 episode (day 27) starts with everyone waking up and singing the BB Anthem to energize their morning.

Archana Gautam argues about Gori Nagori emptying all the milk.

Meanwhile, Abdu Rozik keeps playing his game and flirts with Priyanka Choudhary, calling her a pretty girl and telling Nimrit Kaur Ahluwalia to tell her family about them.

All the ladies start flirting with Abdu who tells them that they have to pay him to get a ration.

Later, during lunch, Archana keeps taunting Priyanka that she does not know how to make Rotis and Priyanka starts arguing with him.

Afterward, Sajid Khan reads from the instructions and informs the housemates of the task where the house has turned into a girls/boys hostel with Archana and Sajid being the wardens.

The contestants are paired into connections and they will have to convince the wardens to let them talk to their connections.

At the end of each round, the wardens will get the chance to reward their best students with some ration items.

The task starts and for the first round, Bigg Boss tells the ladies to dance while the boys also join their connections.

All the contestants have fun as they dance together.

Archana gifts Tina Datta some ration as a reward.

Archana and Sajid also do comedy by flirting with each other.

Shiv Thakare-Gori Nagori and Sumbul Touqueer-Mc Stan also manage to get a chance to talk to each other by bribing their wardens.

A task starts in the boys' hostel and the contestants do bodybuilding while the girls catcall them as a teasing activity.

Abdu Rozik wins the task and gets Rajma beans as a reward.

In the end, Bigg Boss announces that since no one won the whole task, Sajid and Archana get the privilege to allocate the bedroom to the whole house.

Later, Priyanka is looking for the coffee in room six while Gori and others lie that it was not there.

However, in reality, Shiv is the one who has stolen the coffee and hidden it in Sajid's items.

Afterward, Bigg Boss gives a Hunk task to the ladies who have to feed chocolate to the gents and get them to compliment them.

The contestant who compliments a lady five chocolates first will win the task and get a gift hamper as a reward.

Nimrit wins the task while Tina feels upset thinking that she never thought she would get rejected by Shalin out of all people.

Tina cries as she feels as if she has to beg Shalin while Shalin tries to justify himself saying that he had his own reasons.

Nimrit and Gautam Vig talk about their friendship while Shiv and others tease Abdu saying that his girlfriend is talking to someone else.

At night, Abdu sits with Gori, MC Stan, Shiv, and Sajid and tells them that he wishes Tina and Gautam get eliminated the next day.

The next contestant to get eliminated in Bigg Boss 16 is . . .

Meanwhile, Shalin and Archana sit in their room and bet on who will get eliminated.

Archana bets on Gautam and tells Shalin that she knows he wants her to be correct so that the thorn from his path gets cleared and he gets to talk to Soundarya.

However, Shalin lets go of the conversation by saying that Tina is his good friend only and that he does not love her yet.

© Copyright tellybest.com, 2022, 2023. All Rights Reserved. Unauthorized use and/or duplication of any material from tellybest.com without written permission is strictly prohibited.
Cached Saved on: Monday 21st of November 2022 02:24:16 AMCached Disp on: Monday 5th of December 2022 01:02:34 AM