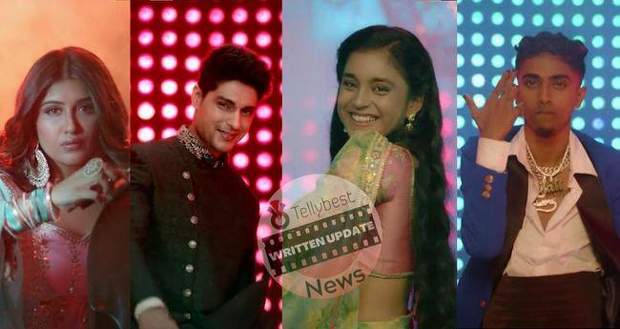 Today's Bigg Boss 16 (Day 0) 2nd October 2022 episode starts with Nimrit Kaur Ahluwalia separating the tasks while Soundarya Sharma states that she is strictly vegan and would not participate in any of the kitchen tasks.

Sajid Khan states that there are advantages of smoking cigarettes which are that the thieves won't steal in their house and that they will not die a sudden death as smokers die slowly and miserably.

Later, Bigg Boss asks Sajid to become Abdul Roziq's translator in the house and he agrees while showing him around the BB house.

During dinner, Archana Gautam excitedly says that she will make Biryani while other female contestants taunt her and make fun of her.

An argument over spilt milk

Archana tells Tina Dutta to be careful of the things in the kitchen as she left the milk on the stove which got spilt.

However, Tina says that she cleaned up and did not leave the milk on the stove which creates an argument between the two.

Day 1 starts with the contestants waking up with a dance song after which all the contestants try to make conversations and bond by talking about their reason for being there.

Later, Abdul gets excited as Big Boss has sent him the smaller weights for his gym while MC Stan explains the meaning of his name to Tina, Gori Nagori and Shiv Thakare.

Bigg Boss tells all the contestants that they are brought into this season because of their originality and that everything is going to be different from the previous seasons.

All the contestants get shocked as big boss reveals that there won't be any music played to greet them in the morning but an oath to Bigg Boss that the captain will have to make sure gets spoken every morning.

Sajid asks Abdul about his wealth and tries to create a controversy but Abdul stuns him by stating that he is not rich and has just recently bought a house for his parents.

Further, Abdul reveals his struggles of growing up and impresses both Sajid and MC Stan.

A shocking prank for the contestants!

Supposedly 'Aamir Khan' calls for Salin Barot and requests him to jump into the pool three times.

Further, 'Hritik Roshan' calls for Gautam Vig and makes him strip and dance in the bedrooms for entertainment.

Nimrit changes Archana's duty from the kitchen to cleaning which bitters the new found friendship they were trying to form.

'Shah Rukh Khan' calls for Tina Dutta and tells her to sing with Abdul in the garden as a task and she gladly does it with applause from others.

Pankaj Tripathi calls for Archana and tells her to write 'bekar' (useless) on the person of her choice and she chooses Nimrit which causes an argument and separates the members into two groups.

Nimrit gets emotional and hides her tears while Priyanka Choudhary tries to console her. At the same time, Archana laughs on the call as she says that she is happy she got to do that.

Afterwards, Bigg Boss calls for Nimrit in the confession room and tells her that with all the changes, a new change is that when he deems that the captain is not doing their job correctly, he will fire them through call and that the new process for captaincy will start immediately.

All the other contestants see the news too and console her while Nimrit looks shocked.

Archana again creates an argument when they talk about doing their dishes themselves is brought up, while Sajid talks down about her and her voice to Soundarya.

At the same time, Gautam feels upset with the way MC Stan talks to him and argues while the housemates solve their fight.

Tina and Sreejita into the confession room

Bigg Boss calls Tina and Sreejita into the confession room and asks them to clarify their relationship as they said on the stage that they are friends but the media is saying that they are not on talking terms.

Sreejita confesses to Tina that she did say something about her being domineering to the media which stuns Tina and leaves her speechless.

© Copyright tellybest.com, 2022, 2023. All Rights Reserved. Unauthorized use and/or duplication of any material from tellybest.com without written permission is strictly prohibited.
Cached Saved on: Monday 21st of November 2022 06:01:33 AMCached Disp on: Tuesday 6th of December 2022 11:44:50 AM