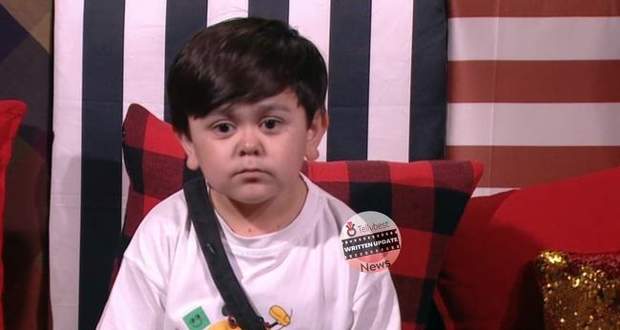 Today's Bigg Boss 16 9th November 2022 episode (day 40) starts with Shalin Bhanot & Sumbul Touqeer fighting with each other in the bathroom.

End of Shalin and Sumbul's friendship

Sumbul claims that Shalin didn't save her when he proclaims to Sumbul's best friend in the house.

However, their fight is cut short when Sumbul says the case is closed.

Later, Shalin and Tina Datta fight with each other.

Tina tells Shalin that she is not holding him back when Shalin accuses her of the same.

Shalin gets into an argument with Tina again

Moreover, Shalin expresses his indignation over how Tina has mocked their relationship in front of national television.

Tina tells Shalin that she is upset over how he told Soundarya is better than her before everyone.

Shalin shouts at her that he is tired of Tina's over-smart nature.

Furthermore, Nimrit Kaur Ahluwalia calms both Tina and Shalin, asking them to discuss this later and not fight anymore.

On the other hand, Gori Nagori says that she has lost respect for Shiv Thakare as he tends to go over the board now.

Tina Datta tells Shalin Bhanot to not fight with him for Sumbul.

Meanwhile, Priyanka and Ankit keep on having miscommunication problems as they fail to talk to each other about their problem.

At night, Tina sits with other housemates and talks to them about how Shalin comparing her to Sumbul or Ankit Gupta is not right since they all have their own fan following and different things.

The next starts with all the contestants waking up to the sirens and singing the BB Anthem as usual.

Afterward, Sajid Khan asks Abdu Rozik for a morning hug while Abdu keeps talking about the housemates and their wrongdoings.

Shiv Thakare praises Abdu saying that he is the real player inside the house while MC Stan also comes there and they all start talking about Gori Nagori.

Further, Stan goes to Gori and tells her that what she's doing is wrong but Gori keeps on being adamant that she will keep on being Soundarya Sharma's friend.

On the other hand, Ankit tells Priyanka that he will keep on playing his games and gives a half-hearted sorry to her.

Tina complains to Abdu that Archana Gautam is making her own food which is not allowed and tells him to give her punishment.

Meanwhile, others complain to Abdu and advise him to tell Bigg Boss about Archana's demands.

Nimrit Kaur Ahluwalia calls Abdu to her and tells him that he should do what his mind tells him to do and not pay heed to anyone else's advice.

Abdu gets rated by the Housemates!

Later, Bigg Boss calls a meeting in the living and tells the contestants to give Abdu a rating out of 10 based on his captaincy.

Archana goes first and gives Abdu a six while arguing that he is influenced by her.

All the housemates argue with her while telling her that she's being hypocritic.

Upon Priyanka's turn, she gives Abdu a seven and calls him biased while supporting Archana and stating that even Shiv told Archana not 'bark' in the morning.

Later, Shalin talks to Abdu and tells him to not joke about him and Tina as they are only friends and because Tina does not like it.

Sajid tells Shalin that even if they don't want to be in a relationship, it is very clear how they stand up for each other and compliment each other accordingly.

Archana gets into a physical altercation with Shiv!

During cooking, Sajid and Soundarya get into an argument while Gori tries to speak up for her friend.

Shiv comes in support of Sajid and makes a personal comment on her dancing background which is not liked by Archana.

Archana gets into an intense fight with Shiv and even gets violent with him while everyone else starts calming down the situation.

Further, Bigg Boss calls Archana into the confession and asks her what happened.

Meanwhile, Sajid makes up with Gori and hugs her.

Shalin and Tina later tell Sajid that Gori and Stan are playing with him while Gautam Vig tells Gori in the other room that Stan is bitching about her to others behind her back.

Bigg Boss again calls Archana into the confession and asks her what happened and not to give her point of view.

Archana starts stumbling over her words while Bigg Boss sternly asks her to be clear.

In the living room, Sajid explains himself while Archana goes to her room and hides under the covers.

Later, Bigg Boss gives another task to the contestants and tells them that they have a chance to fire Abdu.

The contestants will act as minors who will have to fill bags with the dirk and will have to place the bags in either the 'for Abdu' or 'change Abdu' station.

Priyanka and Nimrit will be the coordinators and will be able to send any two contestants of their choice in each round.

Will Abdu get fired from being captain?

Archana and Shiv once again get into an argument during the task while Priyanka, Sajid, and many others come in support of Shiv.

© Copyright tellybest.com, 2022, 2023. All Rights Reserved. Unauthorized use and/or duplication of any material from tellybest.com without written permission is strictly prohibited.
Cached Saved on: Monday 21st of November 2022 12:53:58 AMCached Disp on: Sunday 4th of December 2022 11:51:13 PM