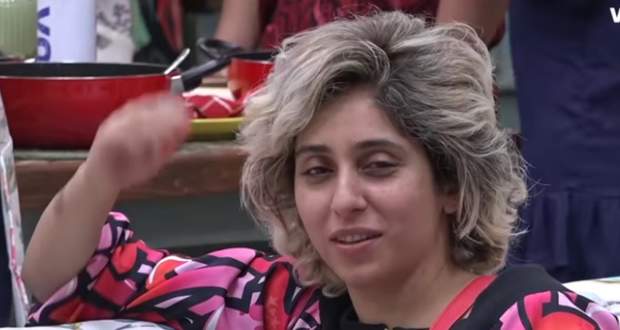 Zeeshan is given the vegetable cutting responsibility.

He demands that the menu must be decided in the morning so that, he can complete his work and continue his workout.

Later, Akshara tries to help in figuring out the problem but ends up fighting with Nishant.

Akshara gets irritated and shouts at everyone in the house.

Zeeshan talks about someone outside the house which makes Urfi angry. Shamita tries and calms both of them down.

Neha talks to Nishant when Pratik interferes in between. Neha doesn't like it and they have a slight argument.

Later, Pratik apologizes to Neha and she appreciates it.

A few moments later, Bigg Boss announces that Nishant and Muskaan’s connection is been nominated to leave by audience voting.

The next task “One, two, three, statue” is between Team Pratik and Team Raqesh for choosing the Bossman and the Bosslady.

The task is to stay in a still posture and the rival team has to break their posture.

As Urfi has no connection, she is made the coordinator.

To distract team Raqesh, team Pratik tries pouring water on them, tickling, and many such things.

No one losses their pose from Team Raqesh in the first and third rounds whereas in the second round, Divya loses her pose, and Neha is also seen laughing.

Bigg Boss announces that today's team task is over and shall be continued later.