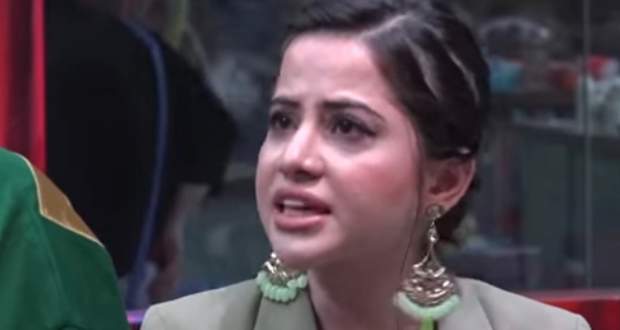 Pratik Sehejpal complains about having to do the dishes and tells Ridhima Pandit to do her duty but she says that she was sick.

She argues with him and announces that she won't do the dishes anymore which causes arguments in the house.

Nishant Bhat tells Pratik that he fears Muskaan Jattana might break her connection with him since she likes him.

Later, the task '1,2,3, Museum' continues and Team Pratik ties shoelaces around their face so that they cannot laugh while Urfi Javed requests them to remove them.

Team Raqesh start throwing buckets of water on the members of Team Pratik to break their posture and get points for themselves.

Pratik complains to Urfi that they cannot breathe because of the constant water splashing but she also says that it is not against the rules.

Zeeshan Khan keeps targeting Moose while Neha Bhasin advises him to target the whole team instead.

Divya Agarwal empties the bags of Pratik and his team members and tries to convince them to get down to save their items from going into the pool.

At the end of the task, Urfi announces Team Raqesh as the winning team and Bigg Boss congratulates them.

Later, the team discusses and announces that they want Shamita and Raqesh to be the new Boss Lady and Boss Man respectively.

At night, Moose and Neha get into a fight which becomes a big argument, and they change their sleeping beds.