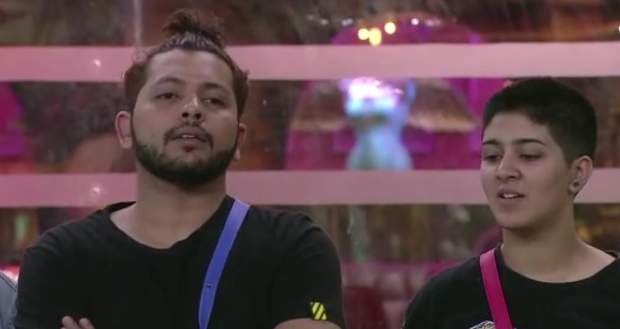 Divya Agarwal talks to Nishant and Moose and conforms that Shamita is spreading rumors while Bigg Boss tells Raqesh Bapat to manage the house with his smartness in the confession room.

Raqesh and Pratik get into an argument after which Shamita also instigate a Pratik to fight with her.

Akshara stands up for Pratik and Neha argues with her while telling Millind Gaba that he doesn't support her.

He gets upset at her and fights with her saying that she doesn't understand his point of view.

Later, task 'BB Panchayat' continues and the third accusation is of the weakest connection.

Raqesh agrees with Nishant and Moose which doesn't sit well with Millind and he starts rebuking Moose.

Pratik calls Raqesh spineless while others gang up on him and make him cry.

Bigg Boss announced that the task has been dismissed and all the contestants are nominated for elimination as a part of the punishment.

Raqesh has a breakdown and cries while Shamita and Ridhima Pandit try to calm him.

Nishant feels guilty and cries after which he goes with Pratik to apologize to Raqesh.

Lastly, Raqesh calls Divya to talk to Shamita but Shamita rudely says that she doesn't want to speak to her which makes Divya cry.

© Copyright tellybest.com, 2020, 2021. All Rights Reserved. Unauthorized use and/or duplication of any material from tellybest.com without written permission is strictly prohibited.
Cached Saved on: Monday 17th of January 2022 10:40:05 AM